A look beyond the big numbers

High fundraising rounds in the fintech world continue to make the headlines. From neobanks around the globe to firms specialised in structured working capital financing, many reached several hundreds of million in fundraising in 2019.

Also, in the absence of details around the terms and conditions set for the deals, the numbers can easily make other entrepreneurs’ mouths water. But, as Pascal Gauthier, CEO of the crypto asset wallet firm Ledger notes, “the devil is often in the detail”. 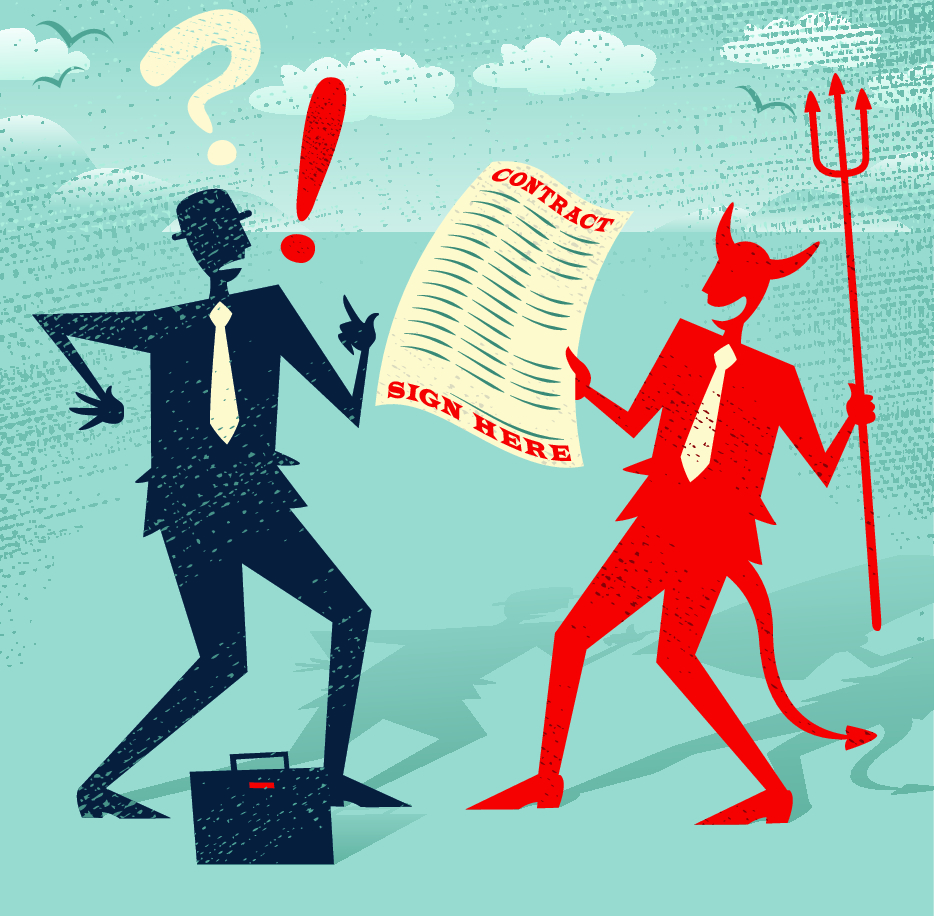 The devil is often in the detail

“We always talk about the big numbers,” he says, “but what’s behind the number is probably more interesting than the value itself and entrepreneurs should look closer.”

When we look at the hard figures, two elements can come into play. First, venture capital (VC) firms usually introduce a notion of stage financing, whereby the entrepreneurs gain access to the whole amount of funding in successive tranches only if they manage to achieve certain milestones.

“This is a way for VCs to limit their financial risk,” explains Aram Attar, managing partner at Kagemusha Capital and founder of Tytchme Academy, an e-mentoring platform. “Although they promise a high round of funding, they may never unlock the second or even third tranche simply because the firm has not delivered on the financial milestones.”

Beyond the financial argument, there is also a governance factor. As Pascal Gauthier notes, stage investing allows investors to protect themselves from a potential ‘take the money and run’ effect.

But, far greater still than that, what entrepreneurs should pay attention to is the type of shares the VCs will take in the company. And this is where the devil lies.

“We must distinguish common shares from preferred shares,” notes Attar. “In Europe, common shares are usually owned by the entrepreneurs and the business angels who invest in the company at an early stage, either on a pre-seed or seed round of funding. The preferred shares are usually introduced as soon as a series A round of funding takes place when VC firms get involved.”

These preferred shares give investors access to the information concerning the company they invest in or even a governing right. But, more importantly, they confer investors the priority over the common stock upon the exit of the company.

How does this work in practice?

Let’s say a company has already raised a few rounds of funding and is now valued at $20m pre-money. The company needs some extra capital to expand further and is raising a new round where the investors are willing to bring $10m. The post-money valuation of the company is now $30m.

So far so good. Also, in an ideal scenario where the firm was to exit at this point (either through an IPO or an acquisition, for instance), the entrepreneurs and the business angels would automatically access 66.66% of the proceeds of the sale. Or, at least, that’s what some tend to think.

But, as Attar explains, the reality may well be different.

“Everything depends on the preferred shares and on whether the exit is successful or not,” he says. “The system of preferred shares introduces a sort of waterfall, which will determine which shareholders get paid first in the event the company is sold. At that point, the investors who invested last will say: ‘Hold on, considering the fact that we have invested $10m in the company, we want our money back first, so you owe us $10m. Then, and only if there is something left out of the sale and no other rules apply, we’ll share it on the 67/33 basis’.”

If we assume that the value placed on the firm at the exit stage reaches some large multiple of the amount of money its investors committed, the entrepreneurs and the business angels could still have a chance of earning something.

However, as Pascal Gauthier points out, the entrepreneurs and the business angels should pay attention to the 2x liquidation preference, often introduced in the pre-IPO rounds. With these shares, late investors can be paid returns twice as high as the amount they have invested – in this case, $20m.

For the founders and the business angels, though, the amount of money left at the end could be meaningless. The early VCs who invested from the series A of funding, may have already introduced some preferred shares. In that case, those investors would also have the right to claim their investment first upon exit, leading to the cake shrinking yet further for the founders and the business angels.

Now, let’s assume the value placed on the firm at the exit stage fails to reach the large multiples. In that case, the amount the entrepreneurs will receive could be down to zero.

“Let’s say a company exits with a valuation of $10m, which is much lower than its post-valuation of $30m, the late VCs will still take their $10m back and there is nothing left,” explains Attar.

And he adds: “What is confusing is that people tend to think they have sold 33% of their company, whereas in some cases, they may have sold 100% of it.”

In these circumstances, it’s easy to see why some companies may not be fit for the VCs’ investment model. But, as Pascal Gauthier reminds us, everything depends on your company and your capacity as a founder to raise money.

“At the end of the day, if you can prove that your business is viable, your team is on track and that your model is scalable, you can potentially convince investors to follow you, based on your own conditions,” he says. “But if you don’t, then, VCs will certainly impose their own rules.”