Where do Gen Zs draw the line on data?

The price we put on our data is hugely dependent on how early the world forced us to part with it. The younger you’re asked to give it away, the less you will inevitably think about it in the future.

At the age of 11, I was giving away my personal data in return for a host of social media accounts which kept me entertained between school hours. By the time I was 15, I’d managed to persuade my parents that an iPhone was affordable which, to my delight, meant no more limited internet time on the home computer.

The willingness for people to part with their own personal data acted as the glue for the social media revolution, which in turn evolved to a cyclical model – the more social media boomed, the more normalised data sharing became. Businesses became viable off the back of this sharing attitude and some still stand tall today, but some waned quickly. 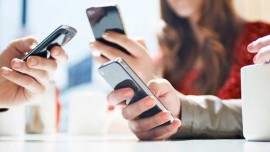 I heard a friend say at a party last week: “I don’t really care what people do with my data”

One networking site which spiked and declined just as quickly was Formspring, now re-named to Spring.me, which encouraged teens to answer anonymous questions from anyone. The platform became a hotbed for gossip, as questions such as ‘what size bra do you wear?’ or ‘why aren’t you friends with X anymore’ were asked under the cloak of anonymity. Parents were none the wiser until the platform became too popular to regulate, and its short but intense relevance contributed to what is now my generation’s lackadaisical attitude towards data sharing.

It was no surprise then, when I heard a friend say at a party last week: “I don’t really care what people do with my data.” It’s the same with Amazon’s Alexa – whilst older generations shun her for ‘always listening’, we don’t care as long as she can offer us the convenience of playing our favourite podcasts without making us move or think beyond a few words.

But the comment did make me stop and think. Only a few months earlier another friend had said he was shaken by the Monzo PIN data breach which affected almost half a million customers. It seems there is a disconnect for Gen Zs when it comes to data – we’ll give it away without thinking about it, but simultaneously left momentarily shocked when we see our data left vulnerable to hackers.

Perhaps the key word there is ‘momentarily’. How much does a company have to mess up on a data vulnerability for us to give up the convenience of using them for good? The continued success of Facebook – despite its multiple breaches – suggests it’s got to be a lot. The social media giant is practically sewn into the DNA of our day to day interactions, which is why some 267 million Facebook users whose phone numbers were compromised last month didn’t seem to care too much.

Unlike social media which is still monopolised by just a couple of giants, banking is becoming more democratised

Despite being left open to suspicious texts from fraudsters who could trick them out of some hard-earned cash, those affected continue using the platform at an increased risk largely because there are few messaging alternatives. Once you try and branch out beyond Facebook-owned Messenger and WhatsApp with an Android that doesn’t have iMessage, it suddenly becomes no man’s land.

Related: Gen Z are the bank customers of the near future

But with banks it’s different. The advent of APIs and open banking means you can be with any number of banks and still not feel left out, because a fintech which splits your bill can do it for everyone regardless of which bank you’re with by plugging into all of them.

Unlike social media which is still monopolised by just a couple of giants, banking is becoming more democratised. It’s far more convenient to leave a bank if they mess up with your data – especially as switch offers become more enticing – than it is to go ‘off the grid’ in an effort to stand up against the all-consuming Facebook.

Gen Zs draw the line on data according to convenience and the ‘fear of being left out’. There is no definitive line for all companies. It seems what Gen Zs will put up with when it comes to data and how you handle it comes down to how integrated you are into their social interactions, and how much it would cost them in this social sense to leave you.