Wematch, the web-based trading toolkit for matches backed by JP Morgan and Societe Generale, has hosted what it is calling “the first fully electronic” Eurex-LCH basis swap trade.

Initially piloted between Societe Generale and Landesbank Baden-Württemberg (LBBW), the electronic swap service has been live for two weeks now and is attracting “more and more volumes of customers who find it an easier experience,” Wematch co-founder David Raccat tells FinTech Futures.

“No other trading platform currently offers the ability for Eur-LCH basis swaps to be negotiated on a purely electronic basis, making this trade the first of its kind to be completed in the derivatives market,” Wematch says in a statement. 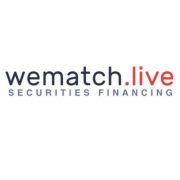 Designed to be cheaper than matching, negotiating and managing trades through an inter-dealer broker (IDB) or a hybrid trading pathway, Wematch’s Eur-LCH basis swap toolkit helps users manage their clearing house risk by giving them “complete control over orders and confidentiality”.

“In a post-Brexit world, it’s a little harder to access liquidity in the UK,” says Raccat, who points out that this fully electronic alternative helps spread the risk clearing. The European Union has warned the UK of the liquidity risks of a no-deal Brexit which could see significant swap liquidity shift to the continent.

But the Bank of England said last month that it will ease its enhanced liquidity reporting requirements – put in place when a no-deal Brexit looked more likely – on banks until December, as the UK’s Prudential Regulation Authority believes “the likelihood that the UK leaves the EU without a withdrawal agreement now appears very low”.

Despite this change in attitudes to liquidity amidst Brexit, Wematch’s fellow co-founder Joseph Seroussi says that “at a fraction of the cost of conventional IDBs” the tradetech platform, which was launched last July, “has seen a rapid rise in the number of banks on the platform”. In six months, the company has acquired an impressive 18 bank customers.

Talking on the services the platform has offered since it started out, Seroussi says: “We have delivered three-six month basis curve and flies, Eonia-Euribor basis, gadget swaps, and now Eurex-LCH basis.”

The tradetech’s bank backers praise the platform for its “economic” approach to managing clearing house risk. “The inclusion of the Eurex-LCH basis execution capability is one of many examples where they demonstrate their innovation in the derivatives markets,” says Societe Generale’s UK head of fixed income and currencies Gareth Hughes.