US paytech Finix raises $35m to rival Stripe and Square

Finix, an infrastructure as a service (IaaS) start-up providing paytech to businesses, has landed a $35 million Series B just six months after it raised $17.5 million for its Series A. 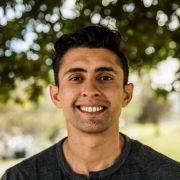 The San Francisco start-up has gathered $55 million in capital to date, and tells Crunchbase it wants to be “the AWS of payment processing”. The company’s aim is to help businesses bring payments processing in-house, “enabling the new Stripes and Squares” of the world as CEO Richie Serna puts it.

Serna says the processing fee which would go to big US payments infrastructure companies such as Stripe and Square can go back into the pocket of smaller businesses by using Finix’s alternative infrastructure.

Stripe takes 2.9% and $0.30 “per successful card charge”, whereas Finix charges businesses a regular software fee alongside a fluctuating fee dependent on the number of payments they process.

Read more: Bankable and Visa extend partnership with US collaboration

The CEO points to bigtechs such as Uber and Airbnb, where between 200 and 500 people are employed to work on payments alone. Building at a time when in-house seemed like the only option, Serna says there is no necessity to do this now.

“By bringing their payments back in-house, and offering a more comprehensive, all in one solution, they can actually take more revenue,” Serna tells TechCrunch.

Finix believes start-ups should be spending more time on product development than payments processing, particularly focusing on the engineers in these companies who drive a big part of their growth.

The start-up is yet to disclose its new valuation or its growth numbers, but has said it serves customers across Costa Rica, Colombia, Canada, Mexico and the UK.

Read next: Tom Shen joins Sensibill as chair of the board