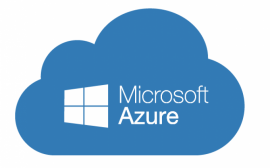 Fusion Phoenix is available on the Microsoft Azure public cloud

He adds: “With an open core, using a platform approach, we can easily integrate new solutions and cutting-edge capabilities – developed internally or externally – into our core.”

For Vincent Pugliese, senior vice president and general manager for US retail and lending at Finastra, core banking in the cloud marks “an important milestone in core delivery.”

Institutions can “consume rather than own and run core applications”, he says, something that results in “freeing up IT resources” to focus on competitiveness and growth.

“They can also access enhanced capabilities to mine data for meaningful insight and scale services to keep pace with bank and evolving technology needs.”

Fusion Phoenix has also been selected by Seattle Bank and Wisconsin-based FNBT, who both signed with Finastra in 2019.

Philippines-based digital bank Tonik, the first of its kind in the country, signed for Fusion Essence in January.