B-Social, the UK fintech currently building a ‘social bank’, has raised £7.8 million ($10 million) in seed funding ahead of its re-branding to Kroo.

All but one of the investors have still not been disclosed, with the one known backer being Rudy Karsan from Karlani Capital.

As its re-brand fast approaches next month, the fresh investment brings the fintech’s total funding so far to £13.25 million ($17 million), pushing the company on its way to raising the capital it needs to land a UK banking licence too. 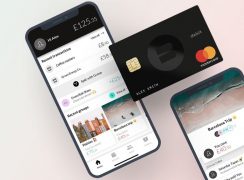 Currently a social finance app with a debit Mastercard following its launch a year ago, B-Social hinges on the idea of making money less awkward, with capabilities such as bill-splitting.

“We want to change the relationship people have with money by helping them overcome the anxiety, awkwardness and wasted time when they engage with their social finances,” co-founder and CEO Nazim Valimahomed told TechCrunch in 2018.

Valimahomed now writes on the company’s blog: “Our seed two funding round is another key milestone towards building the greatest social bank on the planet.”

To date, B-Social says it has signed up more than 9,000 users. Valimahomed says the fintech is now “significantly progressed” in its pre-application stage for acquiring a UK banking licence.

He expects to submit the full banking application in the second quarter of 2020, which will pave the way to functionality which will allow accounts to be funded through bank transfer.

The start-up is also doubling its headcount in its London headquarters as it gears up for the re-brand announcement.