Tonik digital bank raises $6m as it gears up for launch

Tonik Financial has raised $6 million in a venture round it will use to underpin the launch of its new digital bank in the Philippines. 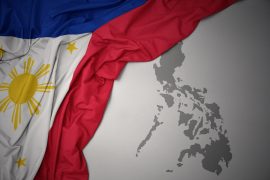 Tonik is the first digital-only bank in the Philippines

Tonik Digital Bank, set to be the first of its kind in the country, will focus on retail deposits and consumer loans and is aiming for a late 2020 launch.

The bank was given a green light by the Central Bank of the Philippines in January. Later that same month it announced the selection of Finastra as it technology provider.

Finastra will be supplying its Fusion Essence Cloud solution, which is powered by Microsoft’s Azure platform.

The funding round featured two lead investors, Insignia Venture Partners and Credence Partners, both based in Singapore.

Insignia Venture Partners is also part of a consortium of firms bidding for a digital licence in its home country, lead by computer hardware firm Razr.

Greg Krasnov, founder and CEO of Tonik, says that the bank is “honoured” to have secured funding from the two venture firms.

“Over 70% of the adult population in the Philippines remains unbanked, and market research indicates that over 50% of existing bank clients would be keen to switch to a pure-play digital contender.

“We look forward to working with our new investors to improve financial inclusion in the country.”