There aren’t many areas of the business world more notorious for their ‘stay-later’ cultures than finance. Though there is very little evidence that imposing long hours on your team leads to better results, that has historically been the attitude in the City.

Last year, the boutique investment bank Moelis & Co found itself in the news after an email to the company’s junior professionals was leaked. The complaint? That a mid-level banker had entered the office at 12.30am and found ‘only’ 11 of the junior staff members at their desks. 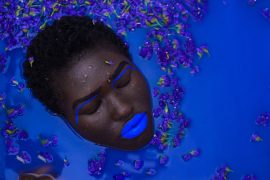 We should never lose sight of the why that lies behind the lack of diversity in British businesses.

This is an extreme example. But the long-hours culture does exist, and City traders are now calling for a shorter working day. Earlier this week, two lobbying groups, the Investment Association and the Association for Financial Markets in Europe, wrote to stock exchanges across the continent asking for the current 8am to 4.30pm day to be cut to 9am to 4pm. Traders are expected to work long before and after the markets open and shut, and the groups claim this 90-minute reduction would attract more women and working parents into the profession. Galina Dimitrova, a director at the Investment Association, told the Independent that ’shortening trading hours, enabling a better work-life balance could bring significant benefits to City workers and firms, who will be able to attract a broader diversity of talent.’

This may be true in this case. But it isn’t always true that shorter hours increase diversity, and in established businesses especially there are often many barriers, some of them hard to recognise, to increasing the number of women and people from ethnic minorities working—let alone improving inclusiveness—within the business.

Usually, a flexible way of working is better than simply working for fewer hours, for instance, and working smarter is always superior to working harder (or working less). In this case it’s assumed that there’s a one-size-fits-all approach that any business can take to magically become more diverse and more inclusive overnight. And that’s a simplistic take on a problem that is much more complex and much more stubborn.

Many people have started to notice that for the amount of effort companies are apparently putting into improving diversity, progress is not happening very quickly. Press attention, wider awareness and sheer commercial necessity have inspired programmes and initiatives, and many of them have been thought-through carefully and are making a positive change, if a smaller one than might have been hoped for. But we risk assuming we know everything already. There’s sometimes an idea that the discussion has been had, the problems identified and the solutions provided. But that’s a dangerous assumption. We should never lose sight of the why that lies behind the lack of diversity in British businesses.

There are very diverse and inclusive young businesses that have no diversity and inclusion policies — at least not ones that are written down. These policies are built into the fabric of the business. They’re in the culture, which grows naturally out of the values, beliefs and behaviour of the leadership team, and is strengthened by every good hire made since. But culture is confusing. When Merriam-Webster announced that their 2014 Word of the Year was ‘culture’, it offered six definitions and still people were asking what it really meant. 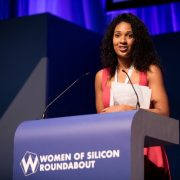 So when established businesses with long histories, operating in a wider industry that comes with its own long history, try and replicate a diverse culture by putting in place certain policies and procedures, it’s not going to yield results in a predictable and immediate way.

And that’s why we can’t assume we’ve solved the diversity-and-inclusion riddle, and why we should be hesitant before assuming that this-or-that policy will magically improve diversity. Instead, we should always be looking at D&I in business on a case-by-case basis in a way that’s tenacious and relentless but also open to new ideas and mindful of the wider context. If we think we have all the answers and diversity doesn’t improve, then there’s a very dangerous suggestion by implication that those people businesses are trying to attract are in some way to blame.