The witches are coming 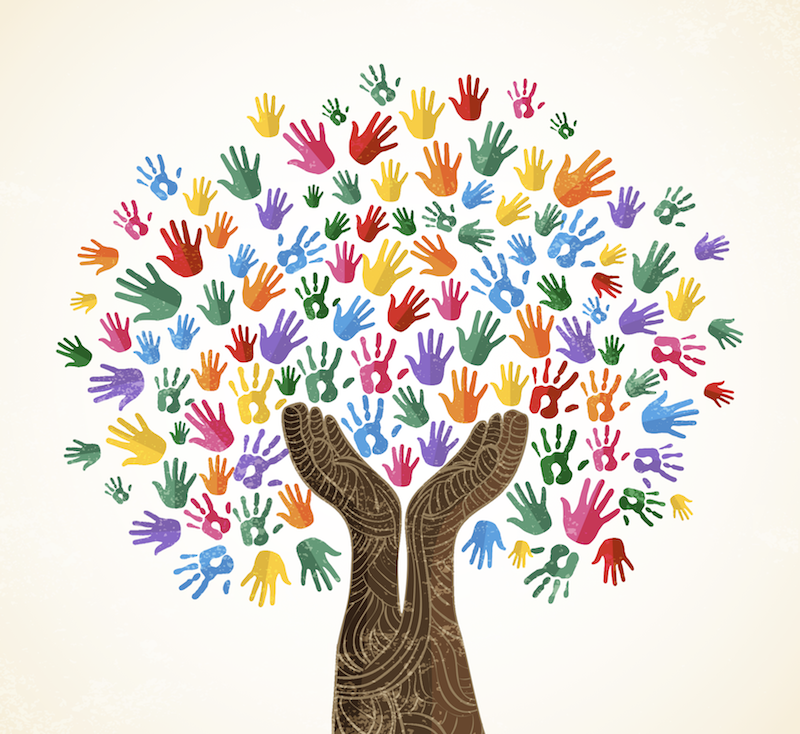 Our togetherness is our greatest legacy

I belong to that generation of women who were raised not to expect much from other women.

The men told us that.

The older women told us that.

There is no camaraderie among women, they said.

You are in competition with each other in ways that set you apart whether you like it or not, they implied.

There is rivalry in play.

Especially between the ageing and the young, pretty ones. Some unspoken animosity older than the hills alluded to but never truly spoken of.

My first boss was a woman and everyone felt deeply sorry for me before they had reason to. She will be a b**ch. Right out of the gate.

As luck would have it, she was. But in exactly the same way the men in her position in that company were. Fancy that.

No women, was my supervisor’s advice when we were putting together my examiner board for my PhD defence. Why not? I asked, idly. There were hardly any women in my field to pick from. Look at you, he had said. As if that was enough.

“You will be managing women, are you ok with that?” was a genuine question during a job interview.

“Do you ask men that?” was my answer.

The interviewer at least had the good grace to look ashamed.

Preaching to the choir

A few weeks ago I was in the US and picked up a book by Lindy West called “The Witches are Coming”. It is about politics, liberalism and the madness of what passes as public discourse in the US at the moment. It is riotous. It preaches to the choir. It makes not attempt to convert you unless you are already on her side. Even the title is a defence against apology.

So I will borrow her title. And I will take a leaf out of her book and preach to my own choir here. Because we all know the unspoken truths and not the reasons behind them. As if it is not for us to reason why.

Where are the Women? I hear you people ask that when you look at panels and conference line ups. But more importantly I hear my own team ask me that when we leave meetings and client offices, when we look at submitted CVs, when we look at the world around us.

Where are the Women?

The facile answer is: We Are Here.

But the truth is you look around in the office, in the workplace, in the crowded city-bound trains and you see the young women. But you don’t see their mothers. You don’t see the in-between women, my age and a bit older. And yet we know where they are. Outnumbered and often outdone.

There are more CEOs named John than women CEOs among blue-chip companies. More funds are run by men called David or Dave than women managers. Funny cos it’s true.

I started a joke which started the whole world crying, Bee Gees

The gender pay gap is real. The micro aggressions of the workplace are real. The false choices women have been forced to make year after year are real.

But the rivalry among women, isn’t.

And this is not a piece in favour of positive discrimination. We don’t need your help. This is not even a piece about diversity. You know my views on this. Diversity is good for business. But it is not a tick box. You need diversity within your diversity. It is not a numbers game. It is an essence game.

There is work to be done and we all do it each day.

My week of graces

By the time this piece is printed a fair amount of time will have passed but let me tell you this has been a tough week. At work and personally. Some s**t went down, while other stuff was going wrong. And I had a cold on top of it all. Talk about misery central.

It was about work.

It was about life.

It was about them being genuine, authentic complete humans.

They put their vulnerability on the table and welcomed mine.

While we worked and solved problems, while we pulled solutions for each other out of cauldrons of imagination and experience. We laughed while we entrusted each other with the darkness of our days.

In absolute, complete and utter trust that it will not be used against us. That it will strengthen the personal bond which will in turn strengthen our professional bond.

We stepped away from the table stronger than we came to it. Bolstered, supported, emboldened.

By exactly the same women we were raised to expect nothing from.

These women who have done a lot, seen a lot, endured a lot and understood a lot.

These women who look out for each other.

These women who will make it all different for the next girl. And the one after that.

So when my team ask me where are the women, I answer we are here. We are few. We are never enough. And yet we are more than adequate.

And when I hear about the stuff still going down, I double down and tell myself: WE ARE HERE.

And when I occasionally hear young women tell with a shrug and no little confusion how the aggression and angst of being a woman in the workplace doesn’t resonate, doesn’t mean anything to them, it is not the reality of their life, I breathe easier. And think, we are here.

And smile. Because I know we have been there before being here. And it made a difference. To each other. To the men who are also witches. To the air between us, filled with partnership and not a little witchcraft. Till it is done. And the world is made new and fresh and open to all kinds of new wonder.

Sometimes it saddens me that I won’t know what it feels like to see the world as a bright new coin.

But I would not exchange the unexpected camaraderie, the gift of standing shoulder to shoulder, and my ability to say this piece is about nothing other than me feeling lucky about the women this industry brought to my life.

We are here. And our togetherness is our greatest legacy to the future of a world that can and should do better for the next generation of humans.