The trade in human beings: How financial institutions and tech can have an impact

Jeffrey Epstein has been in the news for some time over child sex trafficking charges and his subsequent suicide. While the story has been high-profile due to who Epstein was—a mega-millionaire and friend to the rich and famous—there are countless similar cases that do not get the media’s attention, explores Adwait Joshi, DataSeers.

Every year, in fact, millions of children, women and young men are trafficked for sex. Children as young as six are victimised in this manner. And, while most of us think of sex trafficking as something that happens in less developed countries, it’s occurring in the United States, as well. 85% of confirmed sex trafficking victims are US citizens, most of them runaway minors. Many, many other victims around the world are never identified or found. 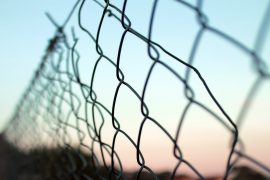 Banks in particular can do a lot to curb sex trafficking.

Organisations here and globally are taking a strong stance against this offensive and illegal practice. But identifying sexual trafficking is hard to do.

Money is motivation for traffickers

Banks in particular can do a lot to curb sex trafficking. That’s because whenever trafficking is happening, it’s generally done for the sake of money. That money eventually has to surface somewhere, in some form. While cryptocurrency is well suited for nefarious activities, some countries and even banks have restrictions on its use. In those cases, the only mechanism for moving “trafficking money” is either via cash or some other form of banking vehicle, such as prepaid cards.

With prepaid cards, a monetary value is stored on the card itself and not in an account held by a financial institution. Thus, funds can be deposited and withdrawn directly from the card. Traffickers often buy several cards from different providers and move money across them to stay under the radar.

But what about in other cases? Is it possible for financial institutions to identify potential trafficking activity? In 2013, JP Morgan Chase, Citigroup, Bank of America and other major banks launched a human trafficking working group with the Manhattan district attorney’s office to collaborate on the best ways to identify sexual and other forms of trafficking. The Blue Campaign, a partnership between the Department of Homeland Security, the Treasury Department’s Financial Crimes Enforcement Network and private financial institutions provides comprehensive instructions on ways to detect suspicious financial activity.

These efforts appear to be making some impact. In 2015, financial institutions submitted only 400 reports of suspicious transactions related to human trafficking. In 2016 and 2017, they submitted more than 2,000 each year.

The potential value of data in stopping sex trafficking

Patterns can be found in data that might allow us to identify sex trafficking. If that’s so, then it should be very easy to find such activity, right? Unfortunately, no.

Generally, the first issue is a lack of available data. If data exists, it typically sits in silos and remains inaccessible to the public. And, while there are organisations currently attempting to use facial recognition technology to identify trafficked victims at major airports, it’s extremely difficult to acquire a database of images of such individuals. If we knew who was being trafficked, police could put out a BOLO or “be on the lookout” alert so these individuals could be rescued. It’s just not that simple, however.

So, let’s try a different approach: We already know money is the motive in human trafficking. Thanks to the Bank Secrecy Act, it’s no longer easy to transport cash, which then brings to the table the aforementioned digital money. Whether it’s peer-to-peer money transfers using third-party apps or cryptocurrencies, a “money trail” is created in the form of data. And, this data can then be used to identify patterns of suspicious activity that could be related to human trafficking.

The tools of the trade for identifying such patterns—machine Learning, artificial intelligence and predictive analytics—have come a long way. Complex algorithms have been developed for pattern recognition. For example, if you train a computer to identify a cat and a dog, and gave it enough variations of the pictures, it will begin to recognise a cat and a dog. Similarly, if you have a training dataset that teaches an algorithm to identify monetary patterns that are indicative of sexual trafficking, then perpetrators could potentially be found.

The problem comes back around: Is this data available? There are currently a number of initiatives to make certain databases available, but then concerns over criminal access to those same databases emerge. If such databases are public, then criminals will also know that their name or the names of their victims are out there – a catch-22. 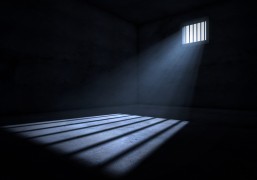 Data is available, but in its rawest form is almost unusable.

It’s fortunate we live in a world of high technology and this is a perfect use case for a private blockchain. With a private blockchain, information will be available but will be encrypted and only made available to those who are “trusted.” The only challenge is whether we can then effectively harness the data for our needs.

The truth is, people who violate the law in one area typically violate it in others. To this end, sex traffickers are most likely also involved in other types of crimes. Some have arrest warrants as well as known affiliations to gangs and drug cartels. So why is it so hard to put one and one together and catch these criminals?

The reason is the “data demon.” Data is available, but in its rawest form is almost unusable. It has to go through a careful process of creativity, curation and cleansing before it can be of use. Otherwise, it’s a matter of being unable to see the forest for all the trees.

Today, technologists are working to solve this data complexity problem. Applying tools like machine learning, AI and predictive analytics is helping us to understand the data context and zero in on data patterns that could point to sexual trafficking. This is what is called “taming the data demon.”

Hopefully, technology will be the force that will help us to once and for all put an end to one of the most heinous crimes taking place.