Following on from a successful FinovateEurope based in the up-and-coming European start-up hub, Berlin, FinTech Futures speaks to one of the budding fintechs based in the city – CrossLend. 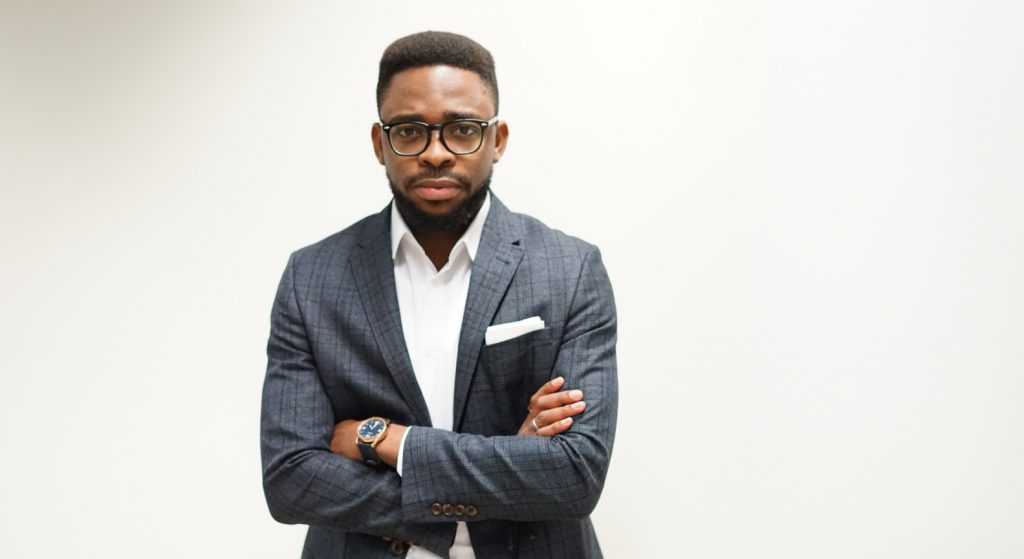 Chuka Ikele, legal counsel at CrossLend, shares his views on diversity in financial services, the role of fintech in capital markets and living in Berlin.

This, just like every other aspect of human endeavour continues to evolve. With the rise in legal tech, automation, artificial intelligence and machine learning, there are no limits to what is attainable. Lawyers –  just like their contemporaries in other fields – are now beginning to confront and adjust (although belatedly) to the looming disruption powered by technology. I believe that the role of lawyers would be impacted but in a different fashion and not necessarily undermined, this is due to the discerning and versatile roles played by lawyers in the course of servicing clients which goes beyond just interpreting the law and advisory but well into problem-solving, risk management and advocacy. As this eventuality draws nearer, lawyers must as a matter of strategy begin to acquire new skills and competencies to be able to render excellent services in the tech age. A key takeaway from a recent EY study which appraised the need for legal functions to be reimagined for the digital age is that “failure to take advantage of innovative technology could make the legal function a weak link in the operational chain.”

The nature of the financial system and investment industry is such that it is underpinned by the relationship between finance and capital markets. This relationship guarantees an avenue for trading of various financial assets (securities) and movement of capital within a functional economy. Noting the different market participants with diverse interests; banks looking to relieve their balance sheets, investors looking for interesting opportunities and middlemen looking to create a working pipeline between the former and latter; it is contemplated for systems in place to be improved for efficiency purposes. This ultimately stems from the need by market participants to explore better, seamless tools to make transactions faster, more efficient and less costly, leading ultimately to increased revenues.

This is where fintech is primed to play a critical role in disrupting the existing systems ranging from trading, custody services, clearing, analytics down to the regulatory aspects – the possibilities within the entire value chain remain enormous. As to debt capital markets, fintech is already reshaping the way loans are originated and transformed through securitisation into tradable securities to the advantage of all market participants, fintech is also driving effective data analysis for easy decision making as well as providing cross-jurisdictional access to markets. The trajectory since the arrival of blockchain technology, process automation, electronic trading and artificial intelligence has somewhat solidified the role of fintech as the bedrock for future developments in the capital markets – debt and equity alike.

Conventional ways of accessing capital or financing are fast being replaced by more modern and technologically driven processes. Who would’ve thought in the recent past that cheque books and banking halls would be replaced? I think the surface has barely been scratched as to the possibilities of fintech in the financial services sector. With each passing day, there is cutting edge innovation, new ideas are cultivated, old records are broken and systems are rethought. With evolving business models and global increase in the demand for unconventional/alternative methods of financing, the future of fintech remains very bright.

While it’s been noted that considerable progress has been made over the years regarding representation, diversity and inclusion, I believe improvements can always be made. Considering the numerous wins (talented workforce, innovation etc) associated with diversity within the industry and in workplaces, the significance of this topic cannot be overemphasized. I would advocate for overt measures such as fine-tuning live strategies in line with current realities, setting stricter standards to keep industry stakeholders committed, continuous assessments to track progress levels and most importantly, keeping the conversation alive by relentlessly speaking on the subject, to raise awareness which ultimately leads to action.

I personally think it is very important for the younger generation of minority groups to grow with the idea that there are no glass ceilings to their aspirations, regardless of the field of their future endeavors, profession or office setting – to know that their dreams are and always will remain valid.

Given my prior inclination to finance as well as my immediate environment in a corporate focused practice group of a law firm – I was exposed early to a great deal of tasks of a corporate and commercial nature where I began to advise clients on the legal structures and approaches for building, scaling and expanding business operations. It was at this point that I came to fully understand and appreciate the dynamics around how law and finance synthesize to create among other things, stability and certainty for businesses and ecosystems to flourish. I also came to understand the underrated power of capital when deployed effectively and efficiently in combination with sound business planning.

Yes you can say that, although I have always been inclined to letters. I was drawn more to art, history and archaeology when I was younger and I wanted to pursue a career in any of these areas. My father at every opportunity he got, made it his mission to remind me of the huge prospects and potential associated with studying to become a lawyer. I would not say it was the main determinant, however it played a role amongst others in the reasons I chose to study law. After taking into consideration the various options in front of me as well as the subjects which I was good at, I naturally settled for law noting the impact I could make with such an education.

I started out in a full legal capacity – advising on transactions while working in the corporate commercial practice group of Jackson, Etti & Edu, an international law firm in Lagos, Nigeria. Prior to attending law school, I participated in a couple of internships where I had a first glance of the inner workings of corporate law, this led to an inner curiosity which lived with me through law school. Landing my first real job after law school, I was naturally drawn to matters of a corporate nature, fundamental deal topics such as due diligence, deal negotiation and other regulatory aspects. A combination of these experiences ultimately contributed to developing a strong bias for further specialization in finance, on both equity and debt sides. 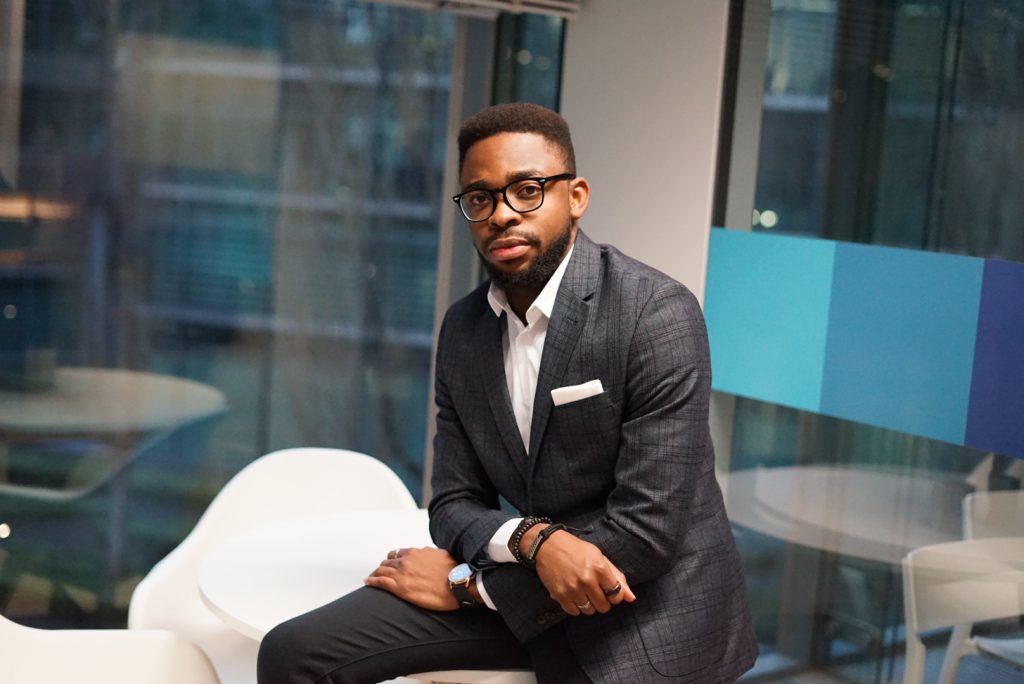 Take more chances! I would still end up a lawyer but complement my legal education by acquiring interdisciplinary skills early enough.

This question draws flashbacks from my experience while putting down my thoughts and motivations in a personal statement for my LLM [Master of Laws] application, there I highlighted and drew a connection between the correlation of law and finance especially the pivotal role of law in providing a solid framework on which a healthy and stable financial system can be built. As a young adult, while learning and understanding the role of enterprise, industry and commerce in the scheme of things that enable ecosystems or economies thrive on a macro level, I came to understand that a major contributory factor was the availability of financing to galvanize and transform ideas from drawing board to proven profitable enterprises. It is given that in less developed or deprived ecosystems, the missing piece has always come down to the same conundrum – finance!

It has been interesting for the most part, a large, multicultural city with diverse little corners for each person regardless of lifestyle differences. Working as a professional has also been very enriching and international, building networks and benefiting from cross-cultural team exchanges and experiences.

Moving away from familiar surroundings, especially family and lifelong friends could be difficult. The challenge of making new friends, learning a new language from scratch and the continuous task of countering widespread stereotypes is also quite strenuous.

Due to its size, population demography and position as the capital city of Europe’s largest economy, living and working in Berlin definitely has its perks and advantages. For starters, the high level of creativity to be tapped into, huge talent pool, access to capital, among other opportunities are particularly worth mentioning. Berlin is also popularly known for its startup ecosystem which makes it one of the world’s startup capitals and breeding ground for founders/entrepreneurs. As one who has since time been intrigued by the process of building and scaling enterprises, it is no coincidence that I found myself in Berlin.

Significant highlights of my career would include the transition from a common law based legal system to a civil law legal system in Europe, venturing into and developing competencies in structured financing, securitisation and private equity. I am also particularly proud of the fact that I have learned to speak some German.

Take more chances! I would still end up a lawyer but complement my legal education by acquiring interdisciplinary skills early enough in math, accounting and coding etc. I would also learn to play a musical instrument and travel/discover more.

Take advantage of all opportunities to improve your abilities, skills and networks. Be brave enough to venture into uncharted territories far away from your comfort zone. It is alright to doubt yourself sometimes but more important to reassure yourself by putting in the actual work.