Starling Bank lends through Zopa while it builds its own platform

Starling Bank has partnered with peer-to-peer (P2P) lending platform Zopa in a bid to boost its balance sheet with consumer loans. A Starling spokesperson told AltFi that the bank is building its own lending capability, but it is deploying some of its deposits “in forward flow arrangements with selected lenders, including Zopa”.

The UK challenger bank will use its deposit base, which now holds £1.25 billion, to fund loans originated by Zopa. Starling will then buy the loans back and continue to service them by holding them on its own balance sheet.

Zopa is currently building its own deposit-taking bank, having landed a £140 million capital injection last December to break into the retail banking space. The P2P platform has issued £5 billion in loans to date, £1 billion of which were doled out in 2019. 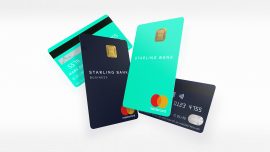 “Starling is in a unique position among neobanks of having a very high value, high growth and high quality deposits,” a Starling spokesperson told AltFi. “We currently hold over £1.25 billion on deposit and the sum is growing at double digit rates every month.”

In 2015, Metro Bank entered into a similar partnership with Zopa. Lending to consumers via Zopa’s marketplace, the partnership was the first of its kind at the time. No UK bank had ever channeled loans to consumers or businesses through a P2P platform.

Starling, like many of the UK’s challenger banks, is priming its business for growth and eventual profitability – a state of play all UK challengers are yet to achieve. The bank raised £60 million last week, and in January its CEO Anne Boden revealed plans to float on the stock market in two years time.

Boden anticipates Starling to break even by the end of next year, with its last recorded pre-tax loss in 2018 totaling to £26.8 million. Only then will the challenger consider an IPO.