Luxembourg-based neobank Sogexia has been granted a payment institution licence by the Minister of Finances of Luxembourg, gaining a European passport at the same time.

The neobank announced the granting of its new licence this week, adding that it would begin migrating 180,000 customers, gained via the partnership with a UK-based banking partner, to its own systems.

Sogexia says that “among other advantages” the migration will mean that it will be able to service its customers without the threat of Brexit.

It adds that with the new licence it will be able to start the creation of optional French IBANs, direct debits, check cashing, international transfers, and more. 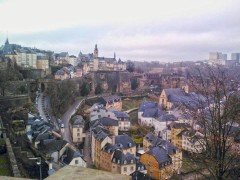 Founded in 2010, Sogexia started life as a firm offering prepaid cards. It signed partnerships with Renault, Johnson & Johnson, and Janssen in 2013. In 2016 the firm started offering online payment accounts.

Sogexia has refrained from naming the banking partner from which it is migrating its customers. However, the firm has previously worked extensively with UK-based Raphaels Bank.

The latter was prevented from axing its agreement with Sogexia by a London judge in August 2019.

Raphaels Bank tried to terminate its contract with Sogexia, believing that some of Sogexia’s money transfers failed to comply with French regulators.

Sogexia in turn sued for breach of contract and followed up with a mandatory injunction to force Raphaels Bank to continue to provide banking services.

The two firms aimed for an exit from their acrimonious partnership at the start of October 2019.

“After more than two years of intensive work, the receipt of this licence is very good news and above all a major turning point for Sogexia who now controls even more of the value chain while remaining an independent company,” says Kilian Füg, CEO of Sogexia.

“This evolution will enable us to boost customer acquisition, improve our services and expand internationally in order to establish Sogexia as the first European neobank for all. We intend to seduce more than 20,000 new customers each month from the second quarter of 2020.”

As for Raphaels Bank, the UK lender has been seeking a buyer for some time, after fears that it would be wound up arose in March 2019.

It was fined £1.9 million by the Financial Conduct Authority (FCA) and Prudential Regulation Authority (PRA) for the mismanagement of its outsourcing business.