Sainsbury’s Bank chairman to step down

Roger Davis, the chairman of Sainsbury’s Bank, is to leave after seven years in the post, writes Jane Connolly. 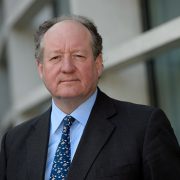 Reuters reports that Sainsbury’s Bank will begin a search for Davis’ successor, after he gave notice to the board of his intention to retire.

Details about the timeline of his retirement and news of his replacement will be announced in due course.

In June, retail and operations director Simon Roberts is due to succeed Mike Coupe as chief executive of the group.

Sainsury’s Bank began trading on 19 February 1997 as a joint venture between J Sainsbury plc and Bank of Scotland (later a subsidiary of Lloyds Banking Group). Sainsbury’s took full ownership of the bank in January 2014.

Sainsbury’s Bank products are linked to its Nectar reward scheme and can be applied for online.