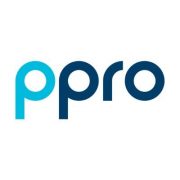 This means PPRO’s payment service providers in Europe and their local merchants will be able to accept ecommerce payment from shoppers who want to use UnionPay. Access to the card scheme giant, based out of mainland China, will give PPRO’s merchants access to the much-prized and burgeoning Chinese e-commerce market.

“Through PPRO’s new partnership with UnionPay International, it is now easier than ever for EU merchants who sell internationally to take their first step selling to Chinese consumers,” Ehlers adds. The Chinese ecommerce market is currently valued at more than $1 trillion according to Statista.

PPRO will now support processing and settlement for UnionPay in 11 currencies. The card scheme giant benefits from the partnership too, allowing its customers to shop “securely and confidently with international merchants”, it says.

The partnership will also give customers access to faster onboarding, transaction settlements and funds collection, as well as refunds and improved conversion rates.

PayPal, which led PPRO’s $50 million funding round in 2018, also partnered with UnionPay International earlier this year to expand its network in the Chinese digital payments market.