PayPal’s UK users have been warned by Action Fraud, the country’s National Fraud Intelligence Bureau, to lookout for fraudsters sending fake PayPal emails after it emerged £1.1 million was lost through the payments platform between October and December 2019.

Victims of the fraud included people selling electronics, vehicles, phones and household furniture through online marketplaces such as eBay, and using PayPal to receive the payments for items. Fraudsters sent emails to sellers pretending to be PayPal confirming the payment, coaxing them into sending the item before it had actually been paid for. 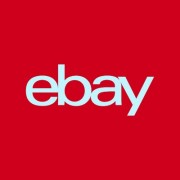 A total of 3,059 crime reports were submitted to Action Fraud regarding the fake email scam in the last three months of 2019. The bureau’s director Pauline Smith says: “We know that fraudsters will go to great lengths to target people on online marketplaces, which is why we are working hard together with our partners to highlight the threat and prevent people from falling victim.”

PayPal has advised users to log into their accounts directly rather than clicking on links through emails, as well as encouraging them to check for misspellings or grammatical errors in any correspondence with the payment giant. eBay says it regularly updates its “security infrastructure to tackle new fraud trends”, and adds that it works “closely with law enforcement agencies and regulatory bodies”.

eBay and Amazon are two of the biggest global marketplaces which have been explicitly called-out repeatedly by US administration officials, asked to tackle the fraud which happens on their platforms to protect their users.

At the end of last month the US Department of Homeland Security issued a report at the request of President Trump to crack down on ecommerce sales of counterfeit goods, essentially calling ecommerce a threat to national security. The report singles out Amazon, eBay, and China’s Alibaba, calling them “powerful stimulants for the trafficking of counterfeit and pirated goods”.

Online marketplace platforms have also come under scrutiny for VAT fraud. The Association of Accounting Technicians (AAT) has called on the UK government to enact legislation to make online platforms responsible for VAT collection, in order to save the – at most – £1.5 billion the the Exchequer says VAT evasion by third party sellers costs them each year.

Read next: How AI can address the global sanctions challenge