Mastercard has announced the appointment of its new CEO Michael Miebach, starting from 1 January 2021. 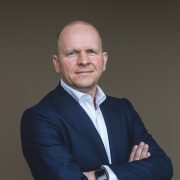 As well as Banga, chairman Richard Haythornthwaite is also set to step down at the beginning of next year. Former chief product officer Miebach will join under the legacy of a CEO who brought Mastercard’s revenue from $5.5 billion in 2010 to $16.9 billion, and raised its shares by 1,600%.

Part of Banga’s success is down to the wave of ecommerce growth in the last decade, which the card issuer was able to ride of and make a healthy margin from in the process.

New CEO and president of the group Miebach began his career at Mastercard as the president of Middle East and Africa in 2010, after spending stints as managing director at Barclays Bank and general manager at Citibank.

Banga calls Miebach the “visionary” behind Mastercard’s financial inclusion strategy. “During the course of Michael’s ten years at Mastercard, he has been a key architect of our multi-rail strategy–including leading the acquisition of Vocalink and the pending transaction with Nets–to address a broader set of payment flows,” says Banga in a company statement.

Miebach’s basic annual salary will see a $750,000 boost due to a new compensation agreement entered into by Mastercard, and he will also receive an equity grant with a target value of $6.25 million.

This week Mastercard admitted that its first-quarter net revenue would take a hit if the coronavirus outbreak continued, prompting it to cut its 2020 financial outlook.