Axiata Group, Malaysia’s largest telecommunications company, has revealed its plans to bid for a digital banking license as more of Asia opens itself up to new banking players.

Last December, Bank Negara Malaysia (BNM), the country’s central bank, announced its plans to issue up to five licences to new online banks by the end of 2020. This would follow a finalisation policy issued in June later this year. 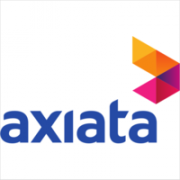 The telco giant is currently in talks with 11 potential partners regarding a licence proposal, according to an announcement made by the firm’s deputy CEO Dato’ Mohd Izzaddin Idris in Kuala Lumpur last week. Izzaddin says the potential partners include a variety of banks and e-wallet operators, but he declined to release their names.

If Axiata manages to land a licence, which is open to both conventional and Islamic banking businesses, it intends to launch a virtual bank by the second half of 2021.

The telco group already has its own digital financial services arm called Axiata Digital, which operates e-wallet Boost and micro-lending platform Aspirasi – said to have issued $11.83 million in microloans to 9,000 merchants across the country.

“We have provided our comments, and have been engaging with Bank Negara,” says Izzaddin. “Hopefully, we can form the partnership that’s needed and make the submission in June.”

Elsewhere in the region, Singapore has seen a growing total of roughly 21 bids so far for its banking licences. Offering two digital full bank licences and three digital wholesale bank licences, the Monetary Authority of Singapore (MAS) has seen the likes of Razer Fintech, Grab and Singtel – another telco – all announce their intentions to bid for a licence.