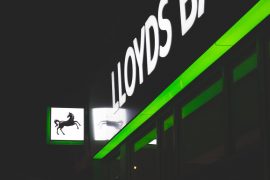 Having paid £750 million for PPI claims in 2018, the bank’s 2019 bill shot up to more than three times due to the Financial Conduct Authority’s (FCA) final August deadline for PPI reclaims. Ahead of the date, the bank says it saw a “significant increase” in queries about their claims, leading to a total pay out on claims of £21.9 billion by the bank to date.

“The group’s statutory performance was impacted by a substantial PPI charge related to the deadline for claims submission,” says Lloyds CEO António Horta-Osório.

PPI policies have been sold alongside mortgages, loans and credit cards since the 1990s, designed to repay people’s borrowings if their income falls due to unseen circumstances like illness or unemployment. But when banks realised selling these polices was highly lucrative, it led to misselling of the product.

Bankers would throw PPI policies in with loan or credit products without informing customers of the extra charge, leading to huge swathes of British customers paying more without realising. The cost of the PPI scandal to British banks hit £50 billion last September. Lloyds has so far had to foot the largest bill over the scandal.

Lloyds’ – then new – CEO Horta-Osório broke ranks from the rest of his banking colleagues in 2011 and said PPI compensation was the “right thing to do”. He was confident the cost to Lloyds would be no more than £3.5 billion. The bank has since had to pay more than eight times that figure.

In the run up to last August, Lloyds said it received roughly 5 million new claims – but only about 10% of these actually resulted in compensation.  “Historic conduct issues remain disappointing but we continue to be focused on doing the right thing for our customers,” says Horta-Osorio.

John Milliken, CEO at Speechmatics, a Cambridge-based technology company which creates automatic speech recognition software, says the industry will have to learn from the riskiness of making sales over the phone which have very little or no record of customer engagement.

“The £21.9 billion PPI scandal for Lloyds shows that even though the deadline has passed, the nightmare is still not over for the industry […] Real-time transcription and analysis will highlight these issues during customer calls and would enable financial services firms to have complete visibility and risk management.”

But since the final claims deadline has passed, Lloyd’s investors should rest easy knowing that this is likely to be the end of the payouts.