Lloyd’s of London has a appointed a new chief digital officer, as Louise Smith joins the famous insurance market. 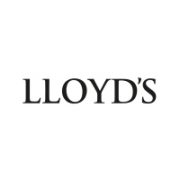 Lloyd’s is pushing for more innovation in its marketplace

Smith joins Lloyd’s from Royal Bank of Scotland (RBS), where she spent eight years culminating in a role as head of intelligent automation, and head of digitisation, personal and business banking.

Smith also spent time three years with Her Majesty’s Treasury (HMT) as a fintech envoy, building regional and national fintech networks across Scotland and the UK. She is a board member of FinTech Scotland and an advisor to Fujitsu as a director of innovation in financial services.

Lloyd’s of London has launched several initiatives to digitise and innovate within the walls of a centuries-old institution. In June 2019 it announced the launch of a product innovation facility worth £53 million.

Its “Future of Lloyd’s” project was created in 2019, aiming to refocus the 331-year old company around technology and data analytics.

The reforms include the introduction of a digital platform for complex risks, while standard contracts such as small marine cargo agreements will be placed through a separate online platform.

The market plans a “syndicate-in-a-box” approach is also part of the plan. Prototypes are expected to go live early next year.

Related: What is the best model for marketplace banking?