Starbucks has been the subject of growing speculation as a number of Korean banks express their concerns over the US coffeehouse chain’s potential move into the competitive financial services industry, The Korea Times reports.

The global chain itself has not announced its plans to edge into financial services, but the booming success of the company’s prepaid gift card and mobile app – which Starbucks announced collectively had $1.56 billion in stored value by the end of 2019 – suggests there is a path emerging for the company to become a bank if it wanted to.

Despite the enticing $1.56 billion figure, 3,900 US banks have less than $1 billion in total assets according to the Federal Deposit Insurance Corporation (FDIC). 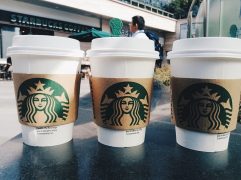 Starbucks revealed on a recent earnings call that its rewards programme in the US had grown to 18.9 million active members at the end of 2019, up 16% year-over-year. “This is important because we know from experience that when customers join our rewards programme, their total spend with Starbucks increases meaningfully,” he said on the call.

South Korea’s Hana Financial Group is acutely aware of Starbucks’ competitive potential. Its chairman Kim Jung-tai said in his New Year address: “Technologies have allowed coffee companies like Starbucks to be our rivals. It will be fine to call Starbucks an unregulated bank, not a mere coffee company.”

“About 40% of its payments were made with the app, and the amount of cash loaded onto its prepaid cards and apps surpassed the amount of cash that some provincial banks had,” Jong-kyoo added. Industry experts believe Starbucks might move into asset management through its prepaid cards, as well as into the loan, insurance and currency exchange sectors.

“Starbucks has been regarded as a fintech firm, not a coffee company, over the past few years,” an unnamed bank official told The Korea Times. “The removal of the word coffee from its signboard also proves this.” 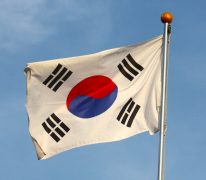 The coffeehouse partnered with cryptocurrency trading platform Bakkt at the end of last year. In the first half of 2020, Starbucks and Bakkt will test a consumer app “to make it easy for consumers to discover and unlock the value of digital assets”, Bakkt’s chief product officer Mike Blandina said in October.

These recent movements by Starbucks against the backdrop of its prepaid card success have spurred the Korean financial industry to call for regulators to put controls on the coffeehouse. “Regulations are needed for prepaid service providers to maintain a certain level of capital adequacy ratio,” Hansung University’s economics professor Kim Sang-bong told The Korea Times.

The global chain has plenty of capital to start up its own bank. According to Statista, its revenue in 2019 was roughly $26.51 billion. With Big Techs such as Amazon, Facbook, Uber and Grab all planting their flag in the space, it seems imaginable that a similarly well-known brand such as Starbucks might be able to do the same.

But if regulators decide to clamp down on the company in certain regions, then its currently speculative appetites for a financial play could easily be curbed or at least put on hold.