JP Morgan, Goldman Sachs and global trading firm Jane Street Capital have all thrown their hat in the ring to back Members Exchange (MEMX), a new low-cost stock-trading start-up. 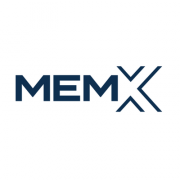 MEMX is looking to rival the big three – New York Stock Exchange (NYSE), Nasdaq and CBOE Global Markets – which collectively account for roughly 60% of US stock-trading volumes. Whilst these exchanges say their fees are reasonable, the industry has long criticised them.

In 2018, the Securities and Exchange Commission blocked NYSE and Nasdaq from rising their prices for market data, and then called on exchanges to justify any increase in fees.

“We’ve been quite vocal about the rising cost of data,” JPMorgan’s global head of equities and prime services Jason Sippel tells Wall Street Journal. “Lowering data costs will benefit all of our clients.” MEMX aims to bring “simple and fair pricing” to connectivity and market data.

The three heavy-weight investors join a new round of funding for the exchange, which announced its creation in January 2019 and plans to launch this summer. Other backers include Morgan Stanley, Bank of America, Charles Schwab, Fidelity, TD Ameritrade and E-Trade – the electronic trading platform Morgan Stanley is set to buy for $13 billion.

The exchange already has electronic trading giants Virtu Financial and Citadel Securities in its founding circle too, which process roughly 40% of US stock market shares. “One aim is that [these investors] have a strong voice in the market structure debate alongside exchanges,” says MEMX’s CEO Jonathan Kellner, who once headed up electronic brokerage Instinet.

Kellner has declined to reveal the sizes of any of the investments in the new round, but last year MEMX did raise $70 million in an initial round.