Intuit, the US-based accounting software firm valued at around $77 billion, is understood to be on the cusp of a $7 billion deal to buy San Francisco-based Credit Karma, the free credit reporting service.

According to unnamed Wall Street Journal sources, the acquisition – Intuit’s biggest by far since it was founded 37 years ago – will be a mixture of cash and stock, and is expected to be announced officially sometime today at the earliest.

Pushing the firm further into the space of consumer finances, the bookkeeping software giant’s decision to buy Credit Karma comes at a time when the industry fears tax-preparation software like Intuit’s Turbo Tax could face difficult sales returns due to an increase in free filings and a lesser need for services which assist do-it-yourself filers. 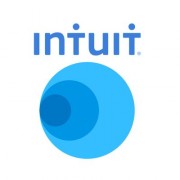 Intuit shares have risen 14% since the start of the year

As well as Turbo Tax, Intuit is also the creator of accounting software service QuickBooks, and Mint, the online budget planner.

Valued at $4 billion two years ago, the acquisition will now value Credit Karma at roughly $7 billion. The company, backed by private-equity firm Silver Lake and financial technology venture firm Ribbit Capital, offers free credit reports and earns commission on the online loans or credit cards its users decide to buy based off of Credit Karma’s recommendations.

The soon-to-bought fintech made its own acquisition last April, bringing the UK-based free credit reporting and monitoring service Noddle into its folds. Now in the throws of being bought itself, the fintech will still operate as a standalone unit with its CEO Kenneth Lin remaining at its head, a source told WSJ.

Initially, Credit Karma was thinking of going public. The firm’s decision to be bought rather than hold an initial public offering (IPO) follows a series of unsuccessful, high-profile IPOs such as Uber’s and WeWork’s. The move follows suit with fellow fintech Plaid, which was acquired for $5.3 billion by Visa.

Last week saw a flurry of major fintech deals. Morgan Stanley announced its plans to buy E-Trade for $13 billion, Ally Financial said it was going to buy CardWorks for $2.65 billion, and LendingClub became the first fintech to buy a US regulated bank – which was Radius – for $185 million.

Intuit shares have risen 14% since the start of the year, according to Bloomberg.

Read next: Wirecard and Raiffeisen Bank team up to serve Eastern European markets