Digital money transfer firm Azimo has signed a partnership with enterprise blockchain and cryptocurrency company Ripple which will see the pair team up to offer cross-border remittances in the Philippines. 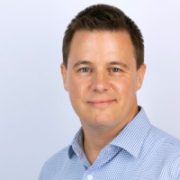 Azimo will use Ripple’s On-Demand Liquidity (ODL) solution, through which its customers’ funds will be exchanged into decentralised cryptocurrency XRP, sent to their destination and re-converted into Filipino pesos.

Richard Ambrose, CEO of Azimo, says that the two firms have known of each other for a while. Michael Kent, founder of the company and now chairman, was speaking to Ripple back when “it was a white paper”.

The partnership came about as a “natural intersection of interests” between the two businesses, adds Ambrose, particularly around the use of ODL. XRP is seen by Azimo as a cost-efficient bridge between “non-core” fiat currencies.

A conversion from fiat into XRP and back into fiat happens in seconds, says Ambrose. “It means that end-to-end we can get the funds to a recipient faster than we could using a traditional fiat currency exchange.”

Both firms see the Philippines as a lucrative and important market in the remittances space. The Philippines is one of the top remittance destinations globally, receiving $34 billion in 2018. 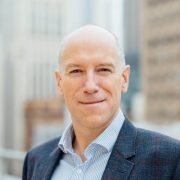 For Marcus Treacher, senior vice president of customer success at Ripple, the partnership is an important step in “getting away from the theory and what if conversations” when it comes to the application of Ripple technology.

“It’s important that we work with firms like Azimo who are willing to be pioneers in this space and get stuff done and get new models into production.”

The integration is “transformational” for the Philippine market, which for Treacher has been “badly served by the banking system for many years.” He adds that the real change lies in lowering the cost of moving liquidity around the world, which is “a drag on the global economy”.

“When you look back at history the real disruption always happens on the fringe. It doesn’t happen in the happy place where everybody is comfortable and being served properly.” Ripple aims to make a big impact on remittances, small companies, and those who have been “badly served by the national correspondent banking system for many years.”

Ambrose says that the integration between Azimo and Ripple lasted “between four and six months”, with the solution live for around one month already. What’s more, Ambrose believes the solution can be easily implemented in other markets.

When it comes to standing out in the remittance market, Ambrose says that speed has become a crucial factor.

“Most of the disruptors in the market are around ten years old now. When they first arrived the principal mechanism of disruption was price. Incumbents were offering margins of between five, six or even 7%. Disruptors are around the 1-3% range.

“If we call the competition around price the First World War for disruptors then it would be safe to say that speed has become our Second World War. It’s focused on speed and time to market. Every company wants to say hand on heart that their delivery is instant.

“We’re agnostic about the technology that enables us to do that, but Ripple and ODL is a very convenient and high potential method of doing so in markets we really care about.”