Google finalised one acquisition and announced another last week. The Big Tech giant bought up Cornerstone, a Dutch company which migrates legacy data from mainframes to public clouds, and finalised its deal to buy Looker, a Californian data analytics start-up.

Both purchases were made to enhance the company’s Google Cloud offering, which is set to take on Amazon and Microsoft’s rival cloud products.

Cornerstone will form the basis of Google Cloud’s mainframe-to-Google Cloud Platform (GCP) solutions, whilst Looker will help Google build on its BigQuery tool which manages large data sets. The acquisition of Looker – a deal worth $2 billion – was announced last June, but was only closed last week.

The terms of the Cornerstone acquisition have not yet been disclosed. 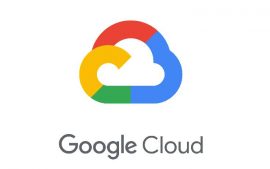 Both purchases were made to enhance the company’s Google Cloud offering.

On its most recent acquisition of Cornerstone, one of Google’s directors Howard Weale says: “As the industry increasingly builds applications as a set of services, many customers want to break their mainframe monolith programs into either Java monoliths or Java microservices. This approach to application modernisation is at the heart of the Cornerstone toolset.”

Many of these mainframe applications were written in Cobol, PL/1 or assembly. Weale says Cornerstone can “break down your Cobol, PL/1, or assembler programs into services and then make them cloud native, such as within a managed, containerised environment”.

Google’s fellow acquisition of Looker was finalised following a review by the UK Competition and Markets Authority (CMA) which began last December. The companies were already working together, teaming up to serve roughly 350 customers including Buzzfeed, Deliveroo and Yahoo.

The Big Tech’s cloud CEO Thomas Kurian said in a blog post: “Looker will strengthen Google Cloud’s analytics and data warehouse capabilities, including BigQuery, enabling our customers to address some of their toughest business challenges, faster – all while maintaining complete control of their data.”

Google Cloud has announced a number of other developments in the last week. Its new application manager, now in beta, is geared towards simplifying setting up GitOps – a way of implementing continuous deployment for cloud native applications – in a bid to attract developers. 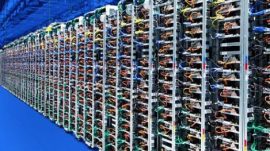 The service has also added its new Seoul region, its first in Korea. The cloud service is now set up in 16 countries, including neighboring regions Japan, Hong Kong and Taiwan.

And as all these product developments roll on, the division is also seeing a shake up in management. Tariq Shaukat, Google Cloud’s president of industry products and solutions, left his role last week after his team folded into Google’s cloud sales organisation, run by president Robert Enslin.

“All of his team is sort of being pushed into the different organisations, including within the sales organisation,” a source told CRN. Google said it made the “difficult, but necessary decision to notify a small number of employees that their roles will be eliminated” as part of the reorganisation.