It’s the UK’s first full week after leaving the European Union on Friday, but the most important event is yet to come for the majority of UK businesses – that is, what trade deals we will strike with Europe post-exit.

Chief financial officer (CFO) at GoCardless, a payments platform for businesses-to-business (B2B) direct debits, Catherine Birkett tells FinTech Futures the UK’s status as an epicentre of trade could be “open to debate” if the country crashes out of the European Union without a deal.

“Whether the epicentre moves from London to Europe will depend on two things,” says Birkett. “One will be if we don’t get a deal with Europe, and two will be if European countries become bigger international trade players” off the back of Brexit. If these two things happen then the ‘epicentre’ label is still “open to debate”, she says. 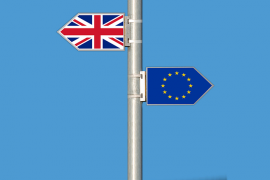 “In theory, the UK is so global it should remain the epicentre”, says Birkett, but if European countries get ahead in talks with countries such as the US and China then it could challenge this theory.

“In the end, Europe probably needs London,” she says, expecting that Europe will still be open to flexible deals.

London is not only an epicenter for trade, but it is also a hub for fintech. Reports last week found that the UK led the continent in fintech investments last year by more than $1 billion. The next country was Germany, a notable $1.3 billion behind.

“The priority for UK fintech is passporting our licenses so we can continue trading with the EU without tariffs,” says Birkett, who reveals GoCardless has secured a French licence to ensure European payments can go through a non-UK legal entity in case licences are not passported by the government.

GoCardless works with 50,000 merchants, and during the UK’s December 2019 elections it saw volumes decrease as customers processed less payments. “We saw what felt like macro-tail winds in the economy,” says Birkett, who adds “ofcourse it’s hard to pinpoint [the decrease] precisely”. 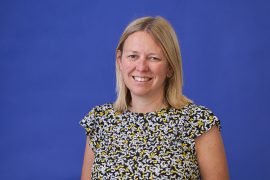 “We also need to prevent Brexit from damaging our access to talent through immigration,” Birkett adds. In April last year, a report by the Office for National Statistics found that mothers, the over-50s and students entering work were the main drivers which saw employment rates experience a record high between December 2018 and February 2019.

Immigrants are no longer fueling the UK’s employment figures, which has prompted many industry experts including Birkett to worry that the UK’s exit from the EU is diluting the country’s talent in top jobs across all sectors – not just finance and technology.

Birkett doubts the UK will get near to everything it wants and is sure it will have to make some significant concessions, but ultimately she believes that negotiations with the EU should come before talks with America or China. “We need common sense to guide negotiations and we can’t rest until the ink is dry on the final agreements.”

Read next: JP Morgan plans to cut hundreds of jobs across consumer division