Mergers and acquisitions (M&A) activity in the fintech space in 2019 was characterised by continued and accelerating consolidation, particularly in the payments space.

This took place globally and involved numerous large-cap deals – including FIS’s $35bn acquisition of WorldPay, the largest ever fintech transaction by value. The pace and scale of dealmaking meant that, by the end of May, total fintech deal value in 2019 had already surpassed that of 2018, writes John Meehan partner and founding member of Arma Partners. 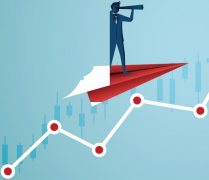 Consequently, the supply of sizeable assets available to buy across the sector has shrunk. Scarcity has pushed the valuations of the remaining high-growth fintech companies higher and higher. In the US and Europe, there were over 50 financing rounds in which start-ups raised more than £50m last year, as financial sponsors bet big on creating category leaders. Roughly 20 fintech companies achieved unicorn status ( private start-ups with a $1bn+ valuation), representing a more than 50% increase in the total number. Notable new additions included the digital banks Chime, which received a valuation of $5.8bn following a fundraise in October, and N26, which received a $3.5bn valuation following a fundraise in July.

Fintech valuations were also pushed higher by the growing levels of competition on the buyside of M&A. Following the latest cycle of fundraising in the private equity industry, Preqin estimated that buyout firms had record ‘dry powder’ reserves of almost $2.5tn in unspent capital to put to work. The fintech sector is viewed as a highly attractive area to deploy this capital, as many assets boast a business model with strong recurring revenues and, more generally, the sector has a large globally addressable market with strong tailwinds.

Conscious of the rival spending power of private equity investors and looking to benefit from growth rates that average around 5% annually for listed fintech companies, a broader range of strategic players have become more aggressive in making acquisitions. This includes traditional financial institutions, such as banks, insurers, assets managers, and exchanges, epitomised last year by deals like the London Stock Exchange moving to acquire Refinitiv for $27bn, as well as BlackRock’s $1.3bn acquisition of eFront. However, service companies such as Cognizant, which acquired capital markets software provider Meritsoft, and internet companies such as Chinese internet giant Alibaba, whose payments arm Ant Financial acquired international payments business WorldFirst for $700m, have also become more active buyers of fintech companies.

A growing scarcity of sizeable fintech assets, a buoyant fundraising market, aggressive competition between financial sponsors and a diverse set of strategic buyers for deals; these are challenging conditions in which to invest judiciously in fintech companies as we settle into 2020.

This dynamic has required market participants to become savvier investors, frequently prioritising particular business traits: notably, both organic and acquisitive growth potential, and resilience. We can expect these considerations to continue setting the agenda for fintech M&A in 2020.

In recent years, the tendency of investors to value high organic growth over short-term profitability has been particularly pronounced among fintech companies. In 2019, both venture capital and private equity firms as well as strategic investors maintained an undiminished appetite for scalable businesses with significant organic growth potential, largely irrespective of profitability levels. This was exemplified by the UK mobile bank Monzo, which has achieved a $2.4bn valuation off the back of drastically growing its customer base, despite its net losses having increased by over 50% in its latest financial year.

A parallel trend that we have seen over the last 12 months is the continued interest, from both financial and strategic buyers, in fintech assets that also exhibit the ability to grow inorganically, through acquisitions. For private equity firms in particular, supporting the inorganic growth of its portfolio companies via bolt-ons allows for the deployment of more capital and potentially the opportunity to pay lower multiples when adding on smaller companies acquired in less competitive processes. The proven capability of a management team to execute deals is therefore a key characteristic that buyers look for in fintech companies.

Alongside growth, the second watchword among fintech investors in 2019 was resilience. With escalating trade tensions casting shadows over future global economic prospects, combined with sustained political uncertainty in major fintech markets such as the UK, investors actively sought companies with business models designed to resist macroeconomic downturns, with particular focus on subscription-based business models (commonly associated with Software-as-a-Service (SaaS), companies). Strategic acquirers also favoured fintech companies with an international presence or global market reach, in order to minimise their exposure to economic downturn in any one market. For example, Ant Financial’s acquisition of UK-based WorldFirst served to establish a foothold in Western markets.

Another way of looking at investors’ priorities in this competitive market is to focus on those ‘hot’ segments within fintech. Financial SaaS companies and payments businesses are two areas that have attracted significant investment – often precisely on account of these business models’ resilience and strong growth potential. 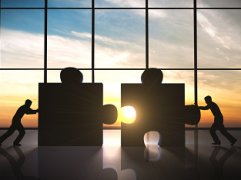 There is still runway for further consolidation.

By operating a business model based on selling subscriptions to cloud-hosted financial software to enterprise customers, SaaS fintech companies frequently achieve high customer retention, enabling them to generate strong and highly predictable recurring revenues. Meritsoft, acquired by Cognizant, provides intelligent cloud-based software solutions to a subscriber base of global capital markets participants. The company’s subscription-based business model, combined with its high growth potential due to its ability to help businesses comply with increasingly stringent regulatory and tax requirements, were both key drivers of the deal and entirely characteristic of a sizeable and high-quality B2B SaaS fintech company.

Meanwhile, companies in the payments space have been highly sought after, as they often exhibit huge growth potential, through both expanding their networks into new markets, as well as through diversifying their service offering by adding extra software capabilities and services. For example, Payzone, acquired by AIB and First Data last April for $112m, processes 125 million transactions annually and has developed a highly diversified, multi-channel platform enabling it to achieve robust growth from expanding into new verticals and product offerings.

The synergies and economies of scale inherent to the payments sector were also in evidence last year within the string of mega-deals that fuelled industry consolidation. As well as FIS’ record-breaking acquisition of Worldpay, these included Global Payments’ $22.15bn acquisition of Total Systems Services, Fiserv’s $21.79bn acquisition of First Data and Mastercard’s acquisition of the real-time payments unit of Nets Group for $3.19bn.

More of the same. Despite high levels of M&A in 2019, the fintech market was highly fragmented at the outset, so there is still runway for further consolidation. This will continue to reduce asset supply and sustain high valuations in the industry, as the market matures and companies of real scale emerge. Consolidation will remain particularly pronounced within payments, but also emerging areas such as insurtech, regtech, data analytics and AI, all of which are considered innovative sub-sectors with high growth potential.

The attractiveness of fintech assets to a broad range of acquirers will remain the driving force behind consolidation in the industry. Notably, internet giants are building more active and aggressive M&A platforms so will assume an even greater role in fintech M&A as they look to diversify their offering. Combine this with the sustained appetite of traditional players such as banks and insurance carriers, financial sponsors seeking to put capital to work, and the ability of all strategic buyers to use their own buoyant valuations to part-fund acquisitions with equity, and it is clear that high levels of M&A activity in the fintech industry are likely to continue throughout 2020.

By John Meehan partner and founding member of Arma Partners