The European Commission has sent legal warnings to eight EU countries which have so far failed to apply new anti-money laundering (AML) rules, after it told all 27 nations in the bloc they had to impose them by 10 January 2020, Reuters reports. 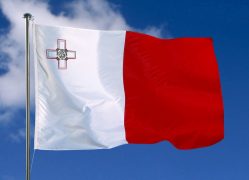 Cyprus, Hungary, the Netherlands, Portugal, Romania, Slovakia, Slovenia and Spain have all been sent warnings having failed to enshrine the latest rules in national law. The “formal notice” is just the start of what could become a cumbersome legal process ending in significant fines.

Proposed in 2016 following the Paris terrorist attacks which killed more than 130 people, the rules were formally adopted at an EU level in 2018. The commission set a deadline of last month for countries to include what is being referred to as the fifth AML directive, in their legislation.

Malta is one of the countries close to joining the list of eight EU states reprimanded for not complying with the fifth directive. Its government has promised it will implement the new AML rules, conscious that it will face infringement procedures later this month if it fails to do so.

Sources from Times Malta say the commission is still waiting for further information from the country on when it will in fact impose the rules, initially putting the delay down to “political developments” after its prime minister quit in December. In 2017, Malta was one of the countries to be sent a legal warning after failing to implement a previous set of AML rules.

Back in 2018, the EU commission vice president Valdis Dombrovskis – responsible for financial services policy – said that “anti-money laundering supervision has failed all too often in the EU”.

The new AML laws are seeing a shift in authority, as sweeping powers are given to an EU watchdog, as opposed to the European Banking Authority (EBA), an existing body formed in 2011. The shift in regulatory authority points to the dissatisfaction felt by many at the EBA’s slow action against banks which have failed to screen their customers properly.

France had the highest single AML fine of $5.1 billion in 2019. This was down to Swiss bank UBS after it was found guilty of illegally soliciting clients and laundering the proceeds of tax evasion.

Standard Chartered was also hit by a $1.1 billion fine last year. Issued by both US and UK regulators, the bank was fined for poor money-laundering controls and breaching sanctions against countries including Iran.

Read next: Banks’ compliance heads trapped between regulations and cutbacks