Dot, the start-up founded by PayU India creator Shailaz Nag, has raised its initial seed funding round of $8 million with leading help from PayU and Beijing-based investor Fosun RZ Capital.

The round also saw participation from Californian investor Info Edge Ventures, along with prolific angel investors such as Snapdeal founders Rohit Bansal and Kunal Bahl as well as Citrus Pay co-founder Amrish Rau.

The start-up, which builds digital transformation and ecommerce solutions for brick and mortar stores, got up and running in the second half of last year after Nag left PayU in July 2019. PayU was an ideal jumping point for the creation of Dot, giving Nag experience in providing payments technology to online merchants. 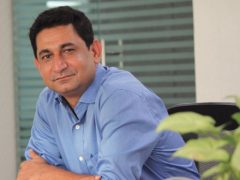 “There is a huge potential in the offline-to-online commerce and fintech sector,” says Nag. “India has the second largest number of internet users in the world and a rapidly increasing smartphone user base.

“This coupled with the recent digitisation push both from the government and the private sector is generating tremendous demand for digital transformation solutions by brick and mortar stores.”

A Credit Suisse report in 2018 predicted that the Indian digital payment sector would grow five-fold, reaching $1 trillion by 2023.

For PayU, its leading investment in Dot “is a great fit” for its larger vision of “developing a fintech ecosystem in India” according to PayU India CEO Anirban Mukherjee.

“With this investment in Dot, we aim to play a pivotal role in helping offline merchants with their digitization journey,” says Mukherjee.

Dot was initially registered as DotPe in May 2019, and it was until now rumoured that the start-up was raising between $5 million and $10 million in pre-seed funding.

Investor Tej Kapoor, who is co-executive president of Fosun RZ Capital, says “the current digital experience of offline merchants is broken at many levels and the engagement with customers is non-existent.” Kapoor believes “Dot will change that and consequently create immense value”.