bunq CEO: “It’s a marathon not a sprint, we run our own race”

bunq, the Netherlands-founded challenger bank which has so far resisted venture capital (VC) funding unlike its peers, announced yesterday that it doubled its total customer deposits in 2019 to more than €433 million ($476 million). 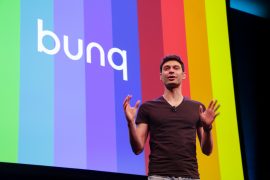 This may not sound like a lot compared to Revolut’s €10 billion ($11 billion) in deposits – based off its claim that each customer holds an average of €1,000 in their account – but without VC funding and huge amounts of marketing, bunq is not doing badly.

The average deposit held by bunq’s Premium users in 2019 was €2,322, and since the start-up launched its Green Card in November it’s seen more than 70,000 trees planted for every €100 spent. In the last month, the challenger’s sustainable initiative saw €3 million spent through its platform.

CEO Ali Niknam tells FinTech Futures he isn’t phased by the apparent race some challengers find themselves in. “It’s a marathon not a sprint, we run our own race.”

Niknam points out that bunq, known as “a bank built by coders”, has been “less aggressive” in its marketing strategy, preferring the “build it and they will come” phrase.

“Of course you need to do a little bit of marketing just for people to know who you are and for them to trust you, but our main driver of growth has been satisfied users,” he adds.

From April 2017 to April 2018, bunq made losses of around €11 million ($12 million). But Niknam is confident these losses won’t stick around for long, saying the challenger has a firmly sustainable business model.

“We have created products that people actually want to use,” says Niknam

Part of this comes down to the percentage of its active users. The bank revealed that 62% of its Premium customers use bunq as their primary account. This is impressive, and speaks to a hurdle many challengers face in keeping customers active more than once a month or simply when they go on holiday to avoid fees.

Revolut highlighted its current focus on daily user activity off the back of its $500 million fund raise earlier this week, saying it would use the new money to consolidate its current user base which one can only assume is not as active as the challenger might like it to be.

Asked whether bunq finds active user metrics challenging, Niknam says: “Actually, I don’t think we have that issue – our statistics are very healthy.”

He adds: “We have created products that people actually want to use. They don’t come to our platform because we’re handing out free stuff, or because we have been overtly in your face with ads.”

The departure of N26 from the UK earlier this month came after it launched in the country with a huge advert campaign which saw the German-founded challenger project its branding onto famous London Underground stations.

Whilst it claimed the reason for leaving the UK was down to Brexit, it’s far more likely the challenger pulled out because it didn’t have enough customers.

One of the difficulties in saturated markets such as the UK is differentiation. bunq launched in the UK, along with all other European Union countries as well as European Economic Area (EEA) countries Norway and Iceland, last October. 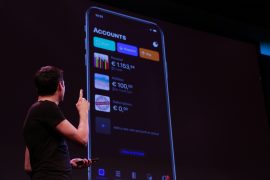 Niknam is sure bunq users feel cared for, citing an event the challenger hosted in Amsterdam at the end of January to reveal the bank’s thirteenth app update. He says more than 600 customers turned up, proving “it’s more than just a bunch of features”.

In an interview with FinTech Futures last October, Niknam also claimed more than 90% of the challenger’s negative feedback related to Know Your Customer (KYC) processes was from fraudsters who were “trying to break in by posing as legitimate customers”.

Having already started another company in his 20s called TransIP which is now the biggest domain name and web hosting provider in the Netherlands, Niknam’s end goal with bunq ultimately comes down to straightforward business objectives.

“I like to think of myself as a simple entrepreneur running a business that, in ten years time, will offer products that are actually used, and that is actually profitable – you know, the old fashioned stuff”.