The investment is one of the first to evolve out of the BBVA’s ‘Venture Creation Partnership’ with Anthemis, which identifies early-stage fintechs and helps them with product development, as well as providing data science and talent resources.

Wollit will use its first capital injection to launch its first product called ‘The Wollit Income Promise’. It will be an income stability tool designed to give UK citizens with fluctuating incomes the chance to earn the same amount each month by advancing them money. 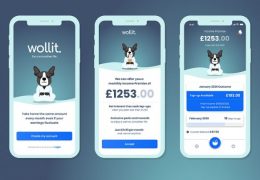 The fintech will initially focus on supporting “zero-hour workers whose contracts do not guarantee any hours of work at all,” BBVA says in a statement.

The UK has seen an influx in start-ups targeting their products at the gig economy. SteadyPay raised $4 million in January to help supplement workers’ irregular incomes like Wollit, whilst SalaryFits – a Brazillian start-up – is currently growing its presence in the UK by working with gig economy employers to help them offer salary advances to employees.

But Neyber, a UK fintech backed by Goldman Sachs which works with gig economy employers such as Royal Mail to offer workers salary advances, was revealed to be talking with administrators this week to avoid a total collapse of its business. The news highlights that targeting the gig economy is difficult and getting the right margins is paramount to success.

Investors BBVA and Anthemis say they backed the start-up for its “socially-focused mission” and decision to focus on an “underserved section of our workforce”.

As smaller companies run to the rescue of the gig economy, major employers such as Uber also are trying to address cash flow challenges internally too. In October the ride-sharing giant relaunched its Barclays-backed credit card, paying its drivers after each ride rather than each week.