Barclays has installed employee monitoring software at its London headquarters to track workers’ activity and issue daily updates to those not being “active” enough.

An employee at the bank tells City AM that the “Big Brother” technology, installed by Sapience, tells workers to “avoid breaks”, records toilet breaks as “unaccounted activity” and puts those deemed to not be doing enough work in “the zone”.

The bank confirmed it has introduced the monitoring software, defending it as “widely used across the industry […] to improve processes”. It says employees are “free to take breaks whenever they choose” and that “colleague well-being is of paramount importance”. 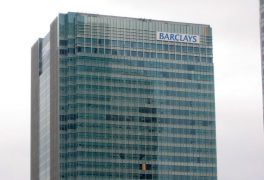 However, these sentiments do not seem to be shared by the bank’s employees. “The stress this is causing is beyond belief [and] […] shows an utter disregard for employee well-being,” City AM‘s source says. “Employees are worried to step away from their desks, have full lunch breaks, take bathroom breaks or even get up for water as we are not aware of the repercussions this might have on our statistics.”

Currently being piloted in the product control department of the firm’s investment bank at Canary Wharf, the technology offers the employer “real-time analytics” and “unprecedented visibility into how people work,” according to its creator Sapience.

One employee was warned with a message entitled ‘work yoga’ that they did “not [spend] enough time in the Zone yesterday”. Tips suggested muting their phone, disabling email or chat pop-ups, and avoiding breaks for more than 20 minutes.

The bank’s investment arm increased its profits at the end of 2019 after suffering multi-million pound losses earlier in the year compared to 2018. The department currently subject to the spy-like software is responsible for compiling profit and loss accounts on the trading floor’s activities.

In 2017, Barclays was hit by similar “spyware” claims when it used OccupEye sensors to monitor the time employees spent at their desks.

And whilst the bank draws its employees’ work activity under the microscope to boost productivity, Barclays’ US-born CEO Jes Staley is being investigated by financial regulators over his links to Jeffrey Epstein – the American financier who was convicted for sex trafficking minors and who later committed suicide in jail last year. 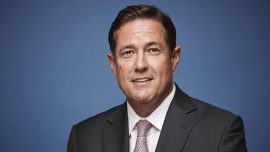 Shareholders are rallying around the bank’s top executive as the investigations continue. Staley visited the convicted paedophile while he was serving time in 2009 for soliciting a minor, and spent time on Epstein’s private Caribbean island months before taking his current role at Barclays.

Staley told the board that he had no contact with Epstein after taking his role as the bank’s group CEO in 2015. The New York Times released a report last July which suggested Epstein was fundamental in Staley’s career progression, funneling him “dozens” of wealthy clients.