When it comes to core systems replacement, the banking industry is still set on big bang installations, driven in part by demands for real-time service. 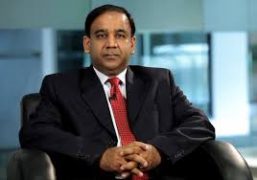 That’s according to Vikram Gupta, vice president of Flexcube strategy at Oracle Financial Services. Speaking to FinTech Futures on the sidelines of Oracle’s OpenWorld conference in London earlier this month, Gupta says that around 70% of the industry still focuses on big bang go-lives.

“Of course, it depends on the size of the bank,” he adds. “If it’s a really large bank they will do a phased migration from country to country and branch to branch. But you will usually see banks in the Tier 2 to Tier 4 range going for a big bang.”

The demands of a technologically minded user base have changed the way banks look at the implementation of their infrastructure, says Gupta. When end users want an always-online service that never sleeps, banks reflect that desire.

“Everybody wants accelerator packages that will get [implementations] done faster,” Gupta tells FinTech Futures. “The trick is that if you’re a new bank, or a challenger bank, you don’t have to deal with migration of data.When migrating to a new system, traditional banks must deal with a lot of duplicated data, and data that needs cleansing.”

The cleansing of data remains a tough area when switching or upgrading old systems. “If you put junk data into a system, you’re going to get junk data out of a system. So, you want to make sure that the quality of your data is good, but people will always want to implement things faster.

“Time to market is crucial, and so is installing a product that is able to launch new services in a more configurable way, rather than having to spend a month trying to get at it.”

Oracle has seen a bevy of deals so far in 2020, many of them coming from Africa. These include wins with LAPO Microfinance in Nigeria, Salaam African Bank in Ethiopia, and three deals revealed by FinTech Futures in Sudan, Somalia, and Libya.

Gupta says that Flexcube has always been a system focused on extensibility, and was from the beginning “very parameter driven”.

He adds that the system is being transformed by Oracle as it moves forward with innovation and development. When asked whether the firm would look to stand up a new system to sit alongside its main platform – as FIS did with its Modern Banking Platform – Gupta says that it remains important that Oracle’s customer base is allowed to move with it.

“If you build a new product then the data model is different, and that can cause issues with data transference. We are adding more functionality, technology, and changing the UI progressively. Flexcube will remain our flagship.”