Globally, digital banking has made great strides. Both traditional banks and challenger banks offer mobile banking services, in order to meet the needs of increasingly digital savvy, on-the-go customers. This is where Jibun Bank comes in.

As a mobile bank with no branches, Jibun Bank provides a wide array of smartphone banking services including deposits, loans, payments and currency exchanges with a full bank licence obtained early in 2008. 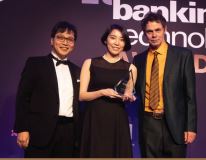 Jibun Bank was founded as a joint venture between Mitsubishi UFJ Bank, the largest commercial bank in Japan, and KDDI, the second largest telecom carrier in Japan, operating under the brand name ‘au’. Jibun Bank has been a pioneer in mobile banking, by providing smartphone applications that customers find useful, simple and fun.

The most innovative services of Jibun Bank are AI Foreign Currency Forecast (released in June 2017) and AI Foreign Currency Automatic Saving Plan (released in March 2018). The services both use AI technology, which adopts machine learning and image feature extraction to analyse huge datasets of historical exchange rates, to provide predictions constantly to customers’ smartphone apps. Only the results of ‘highly likely fluctuation prediction’ would be delivered to users by push notifications. With the AI Foreign Currency Automatic Saving Plan, AI judges the timing of the deposit and executes the transaction automatically.

Jibun Bank won several awards for its uniqueness, to prove the value of its technology investments and skills, commitment, creativity and execution. These services were developed in collaboration with AlpacaJapan, a start-up company with advanced AI expertise.

Another convenient service is Smartphone Debit Card, which has attracted Japanese people with its high usability; 10,000 accounts were opened within eight days of launch in April 2019. It offers a virtual debit service for customers that is usable both online and offline, making payments via the Jibun Bank app without the need of the usual plastic card – it is the first of its kind in Japan. Once you apply to activate the virtual service, it takes only 30 seconds to receive a virtual card. It also aligns with the Japanese government’s policy to promote cashless payment by stating 2019 was “the kick-off year of cashless payment in Japan”.

Prior to this year’s Tokyo Olympics, in October 2019 the government started to implement a new policy, a point reward project for consumers using cashless payments. Supported by promotion activities conducted both by officials and private enterprises including Jibun Bank, virtual payments are beginning to gain momentum.

In December 2019, Jibun Bank was recognised as the Best Mobile Initiative at Banking Technology Awards, proving its excellence and innovation in the use of IT in financial services. This could not be achieved without the support from JCB, a project partner of Jibun Bank to develop this purely digital debit card.

Becoming part of the au family

From April 2019, Jibun Bank became a consolidated subsidiary of au Financial Holdings, a 100% owned subsidiary of KDDI. As a member of the au Financial Group, Jibun Bank aims to play a major role in providing comprehensive smartphonecentric banking services in line with the Smart Money Concept and enhancing customer experience. In order to achieve this goal, the name of Jibun Bank will also be changed to au Jibun Bank in February 2020. 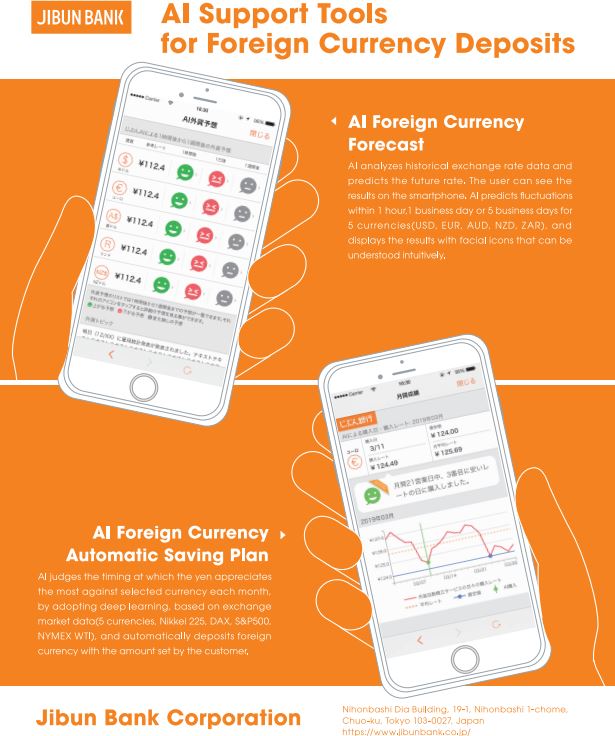 Jibun Bank plays an important role in the ecosystem of ‘au’. Utilising the au network, it is possible to charge from the Jibun Bank account to the au WALLET (a seamless point service mainly across the au network, which has a prepaid card/credit card function as well). Within the financial business of KDDI, where au WALLET plays the flow part, Jibun Bank plays the prominent role of stock part as a bank. The customer can access a range of services, provided by au Financial Holdings, by accessing the au WALLET app where those services are centered.

The au Financial Group aims to grow the business by integrating telecoms and people’s life design. Within the banking industry where opening up APIs is becoming crucial, Jibun Bank has been proactive in collaborating with other market participants, not only with other au Financial Group companies but also with other players who provide financial services.

Further down the road, Jibun Bank will not limit itself to act as a service builder, but will expand its services by bridging the transactions with others, in order to accompany each of its customers on a lifelong journey.