According to the vendor, AAFCU decided on a switch from its legacy platform due to “increased competition and [the] limitations of its existing core platform.” 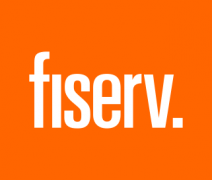 AAFCU has more than $600 million in assets under management

The credit union wants to use DNA to support its loan servicing capabilities for both commercial and mortgage operations, as well as to facilitate the access of third-party services.

“With Fiserv, we found a partner with strategic vision and a commitment to investing in core technology for the long term.”

Fiserv won a pair of deals, with Wisconsin-based Landmark Credit Union and Verve, earlier this year.

The deal with Verve turned out to be a landmark one for the vendor, which claims to serve half of all credit unions with more than $1 billion in assets in Wisconsin.