Volt, the first challenger bank in Australia to secure a full banking licence, has closed $70 million in a Series C funding round ahead of plans for immediate Series D fundraising and a planned initial public offering (IPO).

Opening its $50 million Series D puts the challenger on a $285 million valuation and positions it closer to a planned listing on the Australian Stock Exchange in late 2020.

Co-founder and chief executive, Steve Weston, tells The Sydney Morning Herald that more than half of the funding will be used to support Volt’s regulatory capital requirements for an IPO. 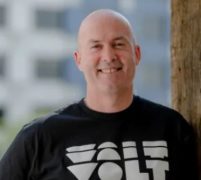 Securing its full banking licence ahead of the curb last January, the neobank launched its savings account offering last month to the 45,000 people on its waiting list ahead of a public launch in February 2020. “Until we had product in the market we could not justify an increase in share price and valuation,” says Weston.

As challengers offer retail customers higher interest rates in the region, major banks – most recently NAB – have been slashing interest rates down to as low as 1.55% on its savings accounts.

“Retirees are sick of seeing interest rates fall, naturally they will say: ‘it looks like the offer is good, [but] is my money safe?’ – and we have the $250,000 government-backed guarantee,” says Weston on the challenger’s potential customer base.

Looking ahead, Volt’s product road map is preparing to launch a cash management account in February, transaction accounts in May and personal loans in June. Using data analytics, the app will analyse customer spending to help customers compare their bills and find shop discounts.

Asked why there is no mention of rolling out a credit card, Weston says: “I think I would have a walk out of the good chunks of the staff if we introduced a credit card [as] they are evangelical about the evils of credit cards.”

With 300 largely anonymous investors, including “one large Australian funds manager”, Weston says the challengers’ Series D round will focus on investors in the UK and the Middle East.