In December, Praxia’s investor Atlas Merchant Capital Fund was given just 12 working days by the Bank of Greece to collect funds of €30 million to ensure the continued operation of the challenger.

Bob Diamond, formerly a chief executive at Barclays, is a founding partner at Atlas and helped build Praxia – now he sits on Praxia’s board of directors. He has invested €100 million into the challenger since it was founded, according to Kathimerini. 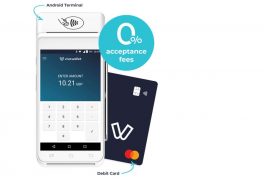 Viva Wallet’s acquisition of Praxia is subject to regulatory approval

The termination of contracts for a large majority of Praxia’s employees was announced last month. The neobank, which was hailed as a breath of fresh air when it launched as the first “100% digital bank in Greece”, is led by Anastasia Sakellariou. For its technology, Praxia opted for Temenos’ T24 Transact core banking software.

“Our aim is to disrupt the Greek market,” Sakellariou said in an interview last November with International Banker. “In short, we are creating a different kind of bank for all, which is smarter and up to date with current digital trends, and that offers a seamless and easy-to-access banking experience.”

Last April, the neobank partnered with Europe’s deposit marketplace Raisin. Sakellariou said gaining access to the German retail-savings market for the first time post-crisis allowed the bank to “diversify” its depositor base and improve its liquidity position.

So what went wrong? The bank began to be built in 2018, formed out of the ashes of Credicom Consumer Finance Bank – a specialist Greek automotive lender. The aim was to grow its small and medium enterprise (SME) lending business, offering digital products and services from deposits to auto loans to consumer lending.

Related: Plaid and Honey: How consolidation helps and hinders competition

The eventual aim was to grow Praxia’s loan portfolio to €4 billion by 2022. This then grew into a five-year business plan providing for loan issues totaling €5 billion with a focus on corporations and households through digital channels. The scramble to put €30 million together last month indicates that perhaps these projections were a little overly ambitious, and partly explains the need to be bought up.

But Viva Wallet was not the only acquirer in the running to come to its rescue. Crete-based Pancretan Bank was also in talks with Praxia about a takeover. Locked in negotiations since mid-December, the two lenders dissolved talks last Friday after it was announced by Pancretan: “The due diligence has been completed without the two sides coming to an agreement.”

Viva Wallet’s acquisition of Praxia is subject to the approval of the Bank of Greece. The payment processor says the acquisition is a result of the recent share capital it gathered from its Series C funding round, and is part of the company’s strategic planning to further expand its operations.

Read next: Raisin acquires Choice FS as first step into US deposits market