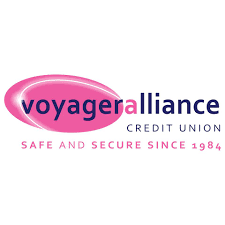 As reported exclusively by FinTech Futures back in December, Voyager Alliance CU has deployed TCS Bancs on an outsourced basis, having migrated from its legacy system – Cornerstone Mutual Services’ CUEP.

That migration was originally slated to be towards a shared platform operated by US tech firm Fiserv, part of the Association of British Credit Unions Limited (ABCUL)’s “Model Credit Union” project.

Model Credit Union was halted in late 2017. While 35 of the more than 200 credit unions at ABCUL signed up, only Voyager Alliance and RetailCUre made any progress.

A third credit union, East London, was tipped to move to Bancs but scrapped the project in favour of rolling back to its legacy vendor Kesho Systems. The credit union then went into administration in September 2019.

Joe Hegarty, chief executive at the credit union, says: “The TCS partnership and a high-performance solution like TCS Bancs has helped Voyager Alliance migrate from the existing Cornerstone platform within a very short time, providing our customers a superior experience while ensuring our operational stability.”

Voyager Alliance was formed by the merger of Alliance Credit Union and Voyager Credit Union in 2006. It established RetailCUre in 2013 in response to rising levels of employee financial difficulty in retail firms.

Vivekanand Ramgopal, co-head of TCS Financial Solutions, says the tech firm is “delighted” to have onboarded the two credit unions onto its flagship core banking offering “in record time”.