TransferGo partners with Currencycloud to reach Kenya, Singapore and Japan

TransferGo, the account-to-account (A2A) remittance fintech, has partnered with global payments platform Currencycloud to facilitate cross-border payments and launch in 14 new markets over the first quarter of 2020.

The remittance service transfers funds to local bank accounts it controls before sending it on to the international recipient so as to avoid cross-border fees and keep costs for customers to a minimum. These fees are anywhere between 0% and 2.2.% of the funds transferred. 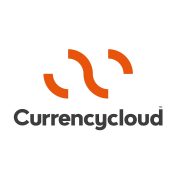 The partnership will allow TransferGo to reach 19 new countries

With this new partnership, the remittance service will have access to Currencycloud’s network, not only making sending users’ funds easier – and presumably faster – but also allowing them to be sent to 19 new countries, including Kenya, Japan, Malaysia, the United Arab Emirates.

TransferGo’s CEO and co-founder Daumantas Dvilinskas agrees the partnership with Currencycloud will give “further scale and reach” to the remittance fintech, helping more “hardworking migrant communities around the world”.

In a bid to democratise remittances, the UK-founded fintech and partner of Ripple wants to overcome the “cumbersome […] bureaucracy and fees imposed by banks”, it said in a company statement.

Last year, TransferGo introduced same day international transfers on weekends between 10:00 and 18:00 GMT, claiming it was “an industry first”.

In an interview with Fintech Magazine last month, the remittance fintech said it has more than one million customers over the 50 countries – largely European regions – it has been operating in until now, growing by 2,000 users a day.