Think Business Loans, an online commercial credit broker which matches businesses with lenders, is set to launch a new version of its matching technology in May that it says will improve productivity for lenders by up to 75%.

Called iFunds V2, the new and improved version will allow users to access and view credit through the Think Business Loans app. “It’s similar to Experian but for commercial borrowing,” author of the technology and head of product Leekim Chang tells FinTech Futures. “It’s a comparison site on an app which includes your credit score too,” she adds. 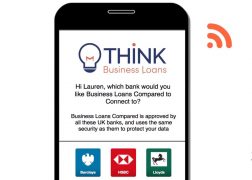 Chang says the technology simplifies “hundreds of variables”. When asked about the accuracy of the new service, she adds that it’s achieving a “90% accuracy rate in tests”.

But in a loud and growing market which sees competitors like Habito working with similar banking partners, Chang says Think Business Loans is defined by its mixture of human voice and technology. “The lack of human interaction” offered by new fintechs “might be quicker [for them] but it is not easier for most customers who need an expert human touch for this [lending] service”.

Promising to turnaround finance and get it to businesses within 24 hours, the credit broker is trying to address the issue which has long pervaded the finance industry: the difficulty of achieving good conversion with high volumes of leads.

Having applied open banking to the system, Think Business Loans can now retrieve bank statements “within a minute” and run automatic anti-money laundering (AML) checks which clean the leads before they reach the agent.

Startin in energy brokerage in 2006, Chang began her career just as Go Compare and Money Supermarket burst onto scene. She joined the energy industry at its “online peak”, and joined the banking industry ten years later.

“Banks have been very picky on who they lend too,” says Chang. “I’m surprised it’s taken so long to get technology into finance. You’ve got QuickBooks and Sage for accounting, but why would that not bleed over to the lending market?”

But it is beginning to bleed over now. In November 2019, Co-operative Bank launched a new ‘loans marketplace’ with Freedom Finance – a ‘soft search’ platform which allows people to apply for a loan without it affecting their credit score.

But whilst lending news hit headlines that month, Chang says the Think Business Loans saw a lull in lending applications due to the imminent UK election and Brexit uncertainty.

“People held off before the election to understand climate for UK business. Whilst we didn’t take a massive hit, it was quiet in November which is not normal. Now we are seeing a huge surge in applications as businesses try to stockpile.”

As one of the quickest credit brokers in the UK according to Trustpilot, Chang is confident online fund solutions will only continue to boost the economy.