Raisin, the first pan-European savings marketplace, has taken its first step into the US deposits market with the acquisition of Choice Financial Solutions (FS)  – a Spanish-American deposit software provider.

The acquisition of Choice FS, the fintech led by CEO Daniel Smith who was formerly JP Morgan’s chief of technology (CTO) for tech and new business, offers Raisin a foothold into partnerships with American banks. 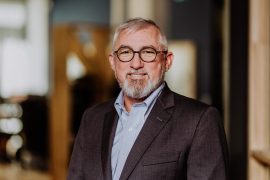 Raisin’s CEO, Paul Knodel, calls Choice FS “a perfect fit” for its mission in the US deposits market, reaffirmed by “enthusiastic market feedback” that the US is calling out for customisable deposits. Raisin will licence Choice’s software to US banks which will enable them to offer US bank customers personalised deposit products.

“Over the last decade we’ve been able to develop and perfect the “missing piece” for both banks and depositors: customisable deposits for each individual’s needs and aspirations with no incremental operational overhead for the financial institution,” says Smith.

With Choice, Raisin intends to offer US banks deposit services based on short and long term needs of customers. Accounts can be designed to provide for known cash distributions at set periods, and the bank can also provide for ad-hoc withdrawal schedules.

Raisin says banks will be able to define and launch new product offerings with Choice’s software “in a matter of hours”.

“In the US, we know that both personalisation and flexibility are key – which is why Raisin is investing in Choice’s original software and bringing the first customisable deposits to the American savings market,” says Raisin’s chief operating officer (COO) and co-founder Michael Stephan.

The pan-European fintech has brokered a total of €18 billion since it was founded in 2013. It has 225,000 customers across 31 European countries and is partnered with 87 banks.

Backed by Goldman Sachs and PayPal in previous funding rounds, Raisin says it is aiming to hit £1.3 billion in assets under management this year, according to Business Insider Intelligence.

The acquisition of Choice FS is Raisin’s fourth major investment in another company within the last year, following its investment in Berlin-based car insurance comparison portal Joonko, its takeover of MHB-Bank – which had serviced the fintech since it was founded, and its acquisition of German retirement savings specialist Fairr.