Ping An Technology, the artificial intelligence (AI) arm of Chinese conglomerate Ping An Insurance, has teamed up with American technology provider Intel to build an innovation lab in China’s southeastern city Shenzhen.

In a bid to strengthen its cloud technology, Ping An has agreed with Intel that the lab will focus on high-performance computing, which includes storage, AI, the network, cloud, and security. 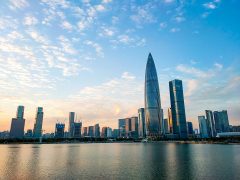 “We will further strengthen our data protection with Intel hardware-enabled security in finance and healthcare, two areas where it is so critical,” says Ping An Technology’s Shenzhen CEO Ericson Chan, who is confident the lab will also “supercharge” its AI-based services and solutions.

In China, insurance – a sector not so healthy in other countries – sits at the heart of its latest technology innovation. Ping An has invested $7 billion in technology over the past decade, and it has already shared plans to invest more than double this – $15 billion – over the next ten years.

But because the company is firmly set in China, a country still approached with caution by investors due to its economic stagnation, certain businesses within the conglomerate have struggled to keep their valuations once public.

When Ping An’s cloud fintech company OneConnect Financial Technology (OCFT) went public over in the US last December it had a valuation well below the $7.5 billion it was given in its early rounds of financing.

Technology-based products still only make up a small fraction of Ping An’s net profit, which is estimated by analysts to hit $22.9 billion in 2019 – up 43% from 2018. With the establishment of an innovation lab with Intel, we can see Ping An making moves to set up better spaces in which to develop better technology – presumably to up this small fraction of revenue to a more significant figure.