NewDay, one of the UK’s largest credit card issuers, has agreed to buy Deko, the technology provider which connects lenders and merchants for retail financing, valuing the soon-to-be-acquired firm at up to £40 million depending on financial performance.

Sky News sources say the deal represents an attempt by NewDay to “diversify its business away from a reliance on traditional credit card revenues” and into the fast-growing technology market which is now driving payments and consumer credit sectors. 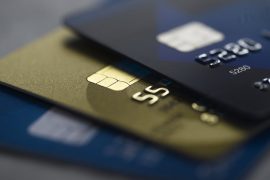 The acquisition of Deko comes just months after the appointment of new CEO John Hourican. Former Royal Bank of Scotland (RBS) executive Hourican helped stabilise NewDay after its £45bn taxpayer rescue in 2008, before moving to Cyprus in late 2013 to help stabilise the country’s central bank following a knock-on international bailout.

When he left the UK for Cyprus it was under the cloud of the Libor rate-rigging scandal, having been forced to step down from RBS by the chancellor – prompting colleagues to dub him a scapegoat because he was not personally implicated in the scandal.

Hourican left Cyprus last year and has headed up NewDay since March 2019. The acquisition of Deko marks his first major move at the helm of the company.

Deko is to operate as a standalone business with its existing team if the acquisition does secure regulatory approval, Sky News reports.

Offering consumer loans and installment credit through a panel of lenders, Deko has processed more than £2 billion in lending volumes in the last ten years, giving NewDay large scope for growth as consumer credit comes further under the regulatory microscope.

With Deko’s technology, NewDays, which runs co-branded credit cards with Amazon, Sir Philip Green’s Arcadia Group and Debenhams, will be a more attractive proposition when shareholders Cinven and CVC Capital Partners eventually decide to sell or float the company.

Cinven and CVC Capital bought NewDays at the beginning of 2017, but a review on whether to exit the company will likely take place “later this year” – though there is “no fixed timetable for a sale or public listing” yet according to Sky News.

When NewDay welcomed Hourican as it’s new CEO last March it said it had 4.7 million customers and grew by 23% in the first half of 2018 to £2.3 billion.