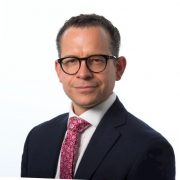 Jose Morago says he’s “excited” to get back to the finance industry. After kicking off his career at Banco Santander managing credit risk, he moved into the insurance market before his most recent stint at the UK’s financial watchdog.

With his study and earlier career spanning Spain and Boston, Morago’s career seems to have settled in the UK when he became Aviva’s risk director in 2011 and helped manage a balance sheet size of over £100 billion.

“After three years at FCA, I am really excited with getting back to the industry and with the opportunity of leading the risk transformation of a great organisation,” Morago says in a LinkedIn post.