Macquarie Group, the Australian multinational investment bank, has agreed to buy a majority stake in data centre operator AirTrunk valuing the soon-to-be bought firm at $2.1 billion, according to Bloomberg sources.

Leading the deal is Macquarie’s infrastructure arm Macquarie Infrastructure & Real Assets (MIRA), which has signed an agreement to take control of AirTrunk according to people with knowledge of the matter – an official spokesperson is yet to comment on the deal. 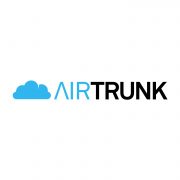 AirTrunk brands itself as powering “Australia’s largest hyper-scale data centres”, and has been up for auction since last month following reports that Goldman Sachs was managing the sale.

The majority stake being sold is owned by Goldman Sachs’ special situations arm and TPG Sixth Street Partners, with CEO and founder of AirTrunk Robin Khuda keeping his minority stake in the business according to Bloomberg.

Around 22 mergers and acquisition across the data centre space were closed in the first half of 2019, according to Synergy Research Group.