Lloyds Bank teams with Microsoft to speed up its digital transformation

Lloyds Banking Group has joined forces with Microsoft in a bid to speed up the bank’s digital transformation and create “a modern digital workplace” for its employees.

The partnership comes as part of the bank’s three-phase digital transformation plan which began back in 2014. In 2018, the bank announced its third phase – called GSR3 – which came with the hefty price tag of £3 billion committed to technology investments. 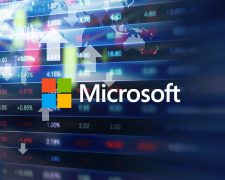 Teaming up with Microsoft is part of this billion pound phase. It will allow for technology development in three key areas: Microsoft Managed Desktop (MMD) will see the addition of productivity tools within Office 365, Windows10 will see better security capabilities, and a new solution will be created to support evergreen currency management.

The bank says it’s worked with Microsoft on its MMD since 2017 as the world’s largest financial services firm to roll out its technology across the entire business.

“I am really excited about the impact of this new technology,” says Lloyd’s group chief information officer (CIO) John Chambers.

Lloyd’s CEO Antonio Horta-Osorio has called the incumbent “the largest digital bank in the UK”. In 2018, Horta-Osorio reasoned this against the fact the bank had a 21% market share of new business sold through its digital channel. This percentage has likely grown now.

By investing further into the Microsoft cloud, Lloyd’s stays true to its word two years ago, when Horta-Osorio confirmed the bank would be investing in both public and private cloud solutions. “These [cloud]  investments are the foundations to providing a secure, cost-efficient and scalable infrastructure, allowing us to retain flexibility to respond to change,” he told Diginomica.

Microsoft’s CEO Cindy Rose believes “becoming a truly digital organisation requires both technical and cultural transformation”. It’s all very well having the best tools, but Rose notes that employees also have to have the confidence to use them.