MioTech, the Hong Kong start-up looking to become the “platform for green finance and sustainable investment in Asia, has announced the close of its Series A funding round.

Led by existing investor Horizons Ventures, which is the private investment arm of the thirtieth richest person in the world Li Ka-shing, MioTech’s funding round amount is yet to be released.

The funding comes at a time when new regulatory changes are holding financial firms to account on sustainability. Most recently, the China Securities Regulatory Commission (CSRC) has decided to make it mandatory for environmental, social and governance (ESG) data to be disclosed by all “A-share listed” companies in 2020. 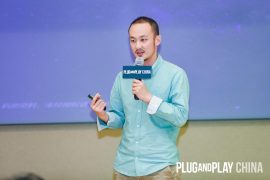 Despite declining to specify an exact amount, co-founder and CEO Jason Tu tells Nikkei Asian Review that the amount raised is a multiple of the $7 million round it raised in 2017, which was also led by Li’s investment firm.

The latest round will see the start-up recruit more talent, invest in research and development (R&D), and expand its presence in Singapore and Mainland China.

The fintech says it uses these technologies to mine ESG data by leveraging more than 12,000 public sources, forming an overall picture of corporates’ social responsibility performances.

The data mining will break down this performance review into real-time risk monitoring, ESG ratings and indexes, as well as offering further research and consulting services.

“The year 2020 will be a key milestone of ESG and sustainable finance in Asia,” says Tu.

“MioTech looks forward to working with both industry leaders and regulators to build the technology infrastructure, set up the evaluation standards and promote the investment ecosystem for sustainable finance in Asia,” Tu adds.