Alongside fintech’s more traditional business financial goals and performance targets, it’s worth applying the same exercise to diversity and inclusion. What did we learn about equality this year? And how is 2020 likely to help the fight against discrimination? Angela Peacock, CEO of diversity and inclusion training consultancy, PDT Global, answers these questions below.

What did we learn about equality this year? 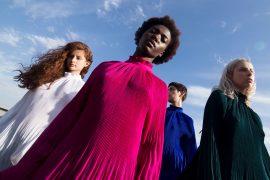 In 2019 we learnt that diversity fatigue is happening loud and clear. Statistics reveal that 60% of the “privileged” group in an organisation – in UK fintech that’s usually white, middle-class, heterosexual men – believe they will get overlooked for their next promotion in favour of a diverse candidate. And we obviously have to examine and deal with the psychological consequences of that.

One consequence is that you will often see the privileged group in senior management positions saying one thing about diversity and inclusion, and wanting to eliminate sexism, but tolerating it and sometimes perpetrating it in a hidden way – basically saying one thing and doing something else. There has been more admittance of that this year – and more calling it out from people who would have been bystanders before.

We have also learnt this year that, despite what we are often told, Millennials do have gender bias – it comes across loud and clear in the language many of them use. Interestingly, if we look at our early programming, many of us in Generation X and the Baby Boomers were subject to programming from the likes of Disney as to women falling into two categories – they were either princesses or they were witches. And if you listen in on talent meetings and succession planning meetings, the language frequently fits that scenario.

However, what we have to understand is that Millennials and Generation Z have access to pornography in a way that other generations simply didn’t and it seems that is infiltrating their unconscious minds with the roles that women and men should take – and that is only going to come back and bite us in years to come.

We have definitely learnt that equality has to be for all. It’s surprising how senior leaders and people managers in the fintech sector often know little about the diversity categories. They get the taxonomy wrong and don’t really know the difference between transsexual and transgender – but they try to pretend that they do, which is even more damaging. However, there is a realisation now that perhaps they have been getting it wrong by starting with certain segments, thinking that would be easiest – but in fact that often doesn’t move things ahead.

It’s also now clear that if we want to bring the privileged group with us, rather than have them fighting against us, we have to absolutely push on the definition of inclusive environment to mean creating an environment for all. When the conversation has turned to men’s mental health issues, for example, it has garnered far more support from men for all diversity causes. If we make it about everyone, then the need to protect ourselves goes away.

2019 also demonstrated that winning awards does not equate to any type of equality success. Far too many awards have gone to organisations that have staged great events but failed to create a truly inclusive environment. We have seen that measuring activity in terms of inclusion is critical and linking it back to performance is essential for people managers. We do what is measured and very often the quotas that organisations are given seem insurmountable. But if you just introduce the theme of creating inclusion as the soft option, then it will be treated like a get-out clause. What we all need to do is measure not just the impact over time but also activity at any given point in a manager’s year – that really started to move the dial last year in terms of inclusive measurements.

The final thing we learnt in 2019 was that a digital approach to inclusion training can help fintech organisations with smaller budgets touch more people. Whereas in the past they would have been limited to interventions at the top level, a digital approach is now helping them to spread the load and share the message across the organisation.

How will 2020 help the fight against discrimination?

I predict more transparency this year in the measurement of inclusion. The emphasis will be on creating an environment where everyone with the capability to do so can excel – and that means bringing people into an environment that is absolutely ready for them.

We are seeing the beginning of the death of the CV – and that is likely to accelerate during 2020 as gamification plays a bigger role in the hiring process. Artificial intelligence is already being used to create games around cognitive, emotional and behavioural traits in a bid to eliminate bias – and this is likely to increase in the coming months. 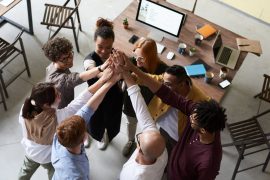 You have to be truly inclusive

Organisations that have used systems like this have expanded the diversity of their applicants as well as the people they hire. It may also mean we see the beginning of the death of the privilege of highly qualified people from the ‘right’ colleges and universities. But I think that’s still some way off, although obviously Millennials and Generation Z applicants have an advantage when it comes to the gamification of recruitment.

An interesting juxtaposition is also likely to benefit the fight against discrimination this year. The global political climate seems to be against inclusion and diversity – with leaders portraying themselves as not seeking equality and diversity, and the rise of extreme politics and conversations around immigration and sexism. Yet at a time when we would have expected to see organisations supporting such leaders, we are actually seeing the opposite. Organisations are redoubling their inclusion and diversity efforts, almost as if they feel the need to protect themselves against what is going on in the outside world.

The other thing we predict to see this year – the opposite of the kind of leaders running our countries – is a huge rise in hard-hitting business leaders who are very demanding but also prepared to be vulnerable and show their humility. Now with that comes inclusion.

If you are a leader who is pretending to be perfect and putting forward an invulnerable position, you are unlikely to be seen as accessible and you are unlikely to be humble enough to really use diversity to drive inclusion. In other words, you have to be prepared to use the brains that you bring to the table and drive them through the organisation. And to do that means you have to admit you don’t have all the answers – and be prepared to listen to people who do. You have to be truly inclusive.