Autenti, the Polish start-up trying to create a national standard for digital signatures, has raised $4.48 million in investments from three banks which collectively make up 30% of Poland’s assets: Alior Bank, BNP Paribas and PKO Bank Polski.

This deal, which also saw venture capital firms Innovation Nest and Black Pearls VC take part, is understood to be the first of its kind in the Central and Eastern Europe (CEE) region to see three major Polish banks which traditionally compete on a daily basis agree to make a collective investment. 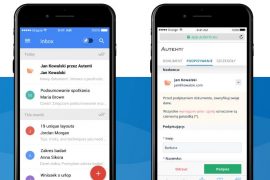 By teaming up with three of Poland’s biggest banks, Autenti can issue its e-signature solution out to their millions of customers

The fintech, which already services customers including Siemens – the largest European industrial manufacturing company, and one of its investors BNP Paribas, says it will use the capital injection to grow the uptake of its e-signature offering in the banking sector in a bid to help the financial industry speed up its digitisation.

By teaming up with three of Poland’s biggest banks, Autenti can issue its e-signature solution out to their millions of customers all in one go, delivering on the joint investment’s aim of creating new standards across the board for Polish banks.

Also noting the sustainability of a digital alternative to signing paper documents, Autenti promises the joint investment will, in turn, lead to more banks in the region speeding up their overall internal documents workflow.

“Tangible positive impact on the environment is also of extreme importance to us,” says BNP Paribas’ CEO Przemek Gdański, who concludes: “We wish to set and promote new standards within the Polish banking sector.”

In a few years, Alior Bank’s CEO Krzysztof Bachta expects “this type of solution will [be] the market standard”.

Founded in 2014, Autenti now works with more than 250 business clients and has sent documents to be e-signed to nearly 95,000 Poles.

The global market for electronic signatures is expected to be worth $5.5 billion in 2023 according to a ResearchAndMarkets.com report last year, which means the value of the market will have increased by more than a third in just five years.