Holvi, the Finnish digital banking service for businesses owned by Banco Bilbao Vizcaya Argentaria (BBVA), is launching in the UK this week.

Headquartered in Helsinki, Holvi already has 200,000 customers largely in Finland and Germany, which consist of the self-employed, sole traders, freelancers and small business owners. 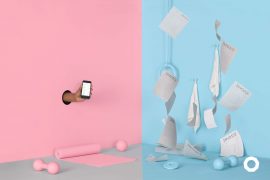 Holvi was acquired by the Spanish banking group BBVA in 2016

It offers them a business payment account powered with Mastercard, invoicing tools and bookkeeping capabilities, promising to save them “up to 10 hours a month on time spent managing business finances”.

Holvi’s CEO Antti-Jussi Suominen, who spent seven years at Nokia before heading up another Finnish start-up called Sulake formed by the creators of Habbo Hotel, says he’s “excited to be launching in the UK today regardless of what shape or form Brexit takes”.

The UK is “one of the most important markets for fintechs and has always been known as a nation of sole traders”, he says, pointing to figures published by the Department for Business, Energy & Industrial Strategy (BEIS), which show the number of small and medium enterprises (SMEs) in Britain is now more than 5.8 million.

Read more: Freetrade takes on Europe, starting with the Netherlands and Ireland

“They [sole traders and freelancers] are the backbone of the economy, and we genuinely believe that the banking market for micro-businesses is ineffective – it simply doesn’t work for a lot of businesses, ” says Suominen. “For most people, their business is personal and therefore they need a solution tailored for their needs.”

The digital banking service calculates that 76% of these 5.8 million businesses have no employees, meaning resources and time to manage finances are generally tight across the country.

The fintech solves pain points such as manually inputting receipt data, and “does away” with the calculations needed for tax and invoice management. It says the platform is used by a whole host of people, from music producers to yoga teachers to small businesses. Users will get notified when they receive payments, and can categorise expenses for bookkeeping and see how their business is performing in real-time.

Holvi was acquired by the Spanish banking group BBVA in 2016, but continues to operate independently and under its own license.